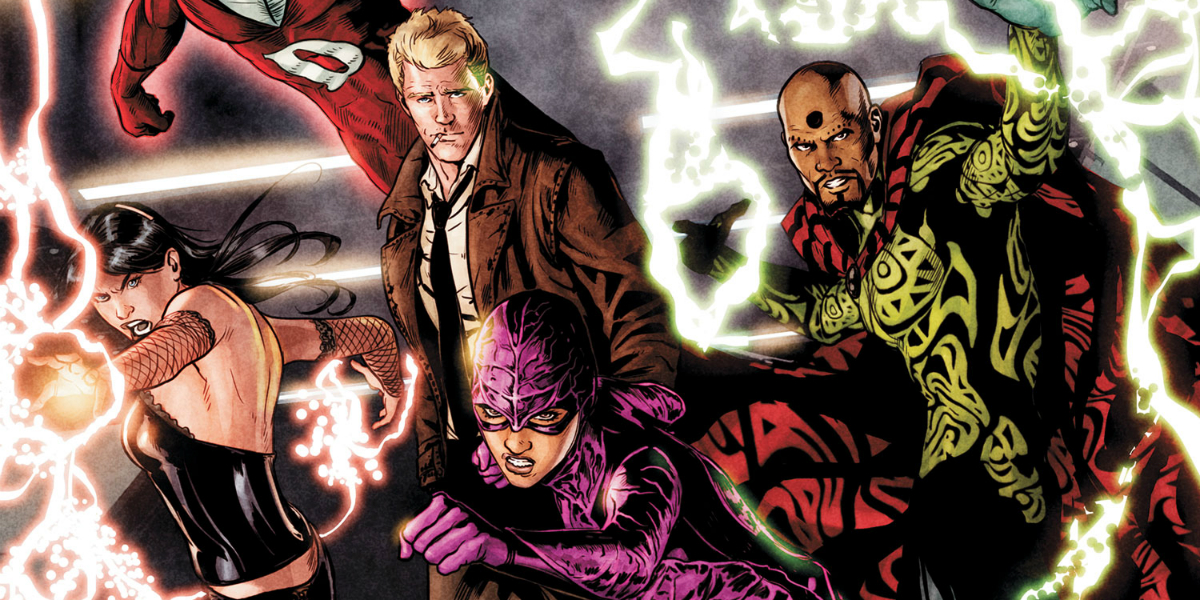 SDCC’s Batman: The Killing Joke premiere didn’t only see the debut of the film. The long-rumored Justice League Dark animated movie finally received confirmation, as well. John Constantine and Swamp Thing are both confirmed to appear, though, other details are scarce. However, according to the aforementioned rumor, a Justice League Dark featurette on The Killing Joke release may offer answers.

But wait, that isn’t all; CBR says publicist Gary Miereanu also revealed two more animated projects in the works. Teen Titans: The Judas Contract is in line for a Spring 2017 debut, while Batman and Harley, a Bruce Timm original film, will premiere next summer.

The Teen Titans film has been in production for quite a while. The film will be an animated adaption of Marv Wolfman and George Pérez’s 4-part storyline. This is the comic arc that outlined the origin of the Teen Titan’s most vicious villain, Deathstroke.

Batman and Harley is only known by name and a release window. Details on the plot remain under wraps, but it’s sure to be fascinating. Batman and Harley Quinn have always had an interesting dynamic. A few instances in Batman: The Animated Series saw the two team up, once even earning the Bat a kiss of appreciation. The film could go in either direction, it could be a versus story line or an unorthodox buddy movie. This is going to be tough news to wait on.