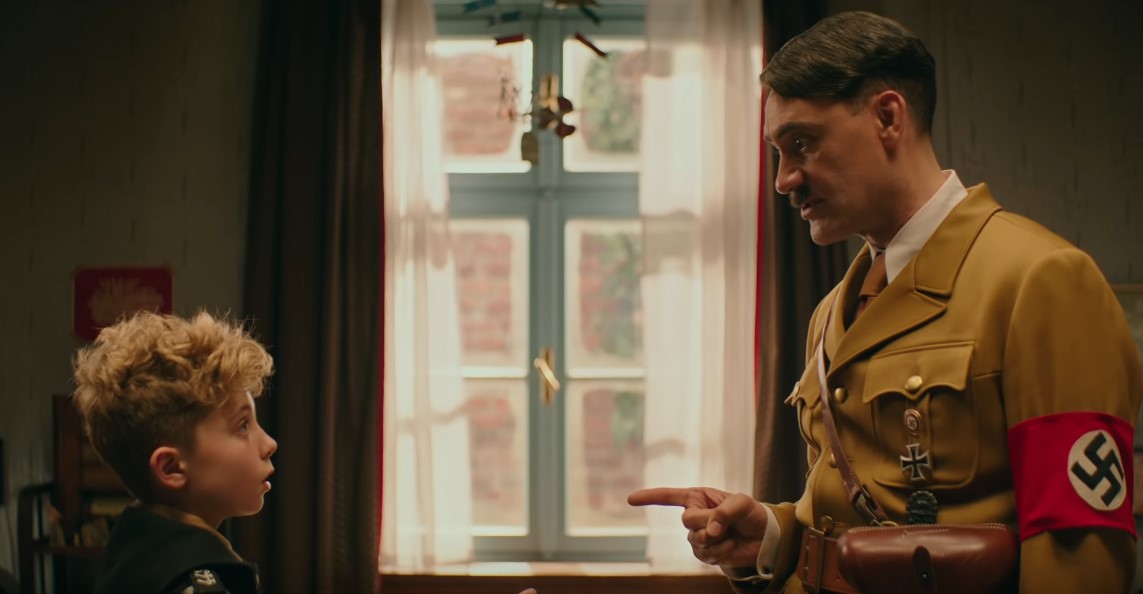 Though a lot of MCU fans are waiting on Taika Waititi to start working on Thor: Love and Thunder, Waititi’s more indie-loving fanbase is anticipating the release of next month’s Jojo Rabbit. Fox Searchlight has just released a new trailer for the movie, and it gives us a better look at the characters and the overall theme of the film.

Writer-director Taika Waititi (THOR: RAGNAROK, HUNT FOR THE WILDERPEOPLE), brings his signature style of humor and pathos to his latest film, JOJO RABBIT, a World War II satire that follows a lonely German boy (Roman Griffin Davis as JoJo) whose world view is turned upside down when he discovers his single mother (Scarlett Johansson) is hiding a young Jewish girl (Thomasin McKenzie) in their attic. Aided only by his idiotic imaginary friend, Adolf Hitler (Taika Waititi), Jojo must confront his blind nationalism.

What I absolutely love about the film is how it looks to be Waititi coming back to his signature directing style. A lot of people were fans of Thor: Ragnarok, but Waititi fans kind of felt like it wasn’t his best work. With Jojo Rabbit, there still looks to be a lot of kooky humor, but we get to see some more of the human side of things, which is what makes Waititi’s films resonate so well with the audience.

Personally, I can’t wait, and I’m hoping Marvel lets Waititi put this kind of heart when it comes to Love and Thunder—when he starts working on it that is.