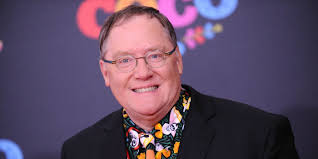 In the last few months, sexual harassment allegations  against powerful Hollywood men have surfaced. As time goes on, it seems like the list keeps getting longer. Unfortunately for Pixar fans, this list includes Pixar COO John Lasseter.

Sexual misconduct allegations against Lasseter made its way on the news cycle late last year. As a result, the executive took a sabbatical for six months. The leave of absence is almost up, and according to Vanity Fair, Disney is leaning towards bringing Lasseter back. The Micky Mouse House hasn’t made definite announcements yet. However, rumor has it that the company intends for Lasseter to have the same creative control over Pixar features. The only difference is that this time he won’t have the same power he had in the studio.

At this point, the reports are mere speculation. However, if Disney does decide to bring Lasseter back into the team, the company should get ready for a PR nightmare. Lasseter admitted to the sexual misconduct. Giving him the same position following his actions diminishes the impact of the recent movement to expose sexual predators in Hollywood.

Nevertheless, Disney could altogether decide against Lasseter returning to his role.

Allegations against John Lasseter started surfacing around the last few months of 2017. Reports say that Lasseter has a habit of “grabbing, kissing and making comments about physical attributes.”  In fact, according to a longtime insider, he has seen Lasseter try to graze an employee’s legs in one of the meetings as far as 15 years ago:

“She was bent over and [had her arm] across her thigh. The best I can describe it is as a defensive posture … John had his hand on her knee, though, moving around.”

This wasn’t the first time Lasseter harasser his female colleague . In fact, according to the employee, had she worn a skirt, Lasseter would have ventured his hands elsewhere:

“She said it was unfortunate for her to wear a skirt that day and if she didn’t have her hand on her own right leg, his hand would have traveled.”

Lasseter has since addressed the allegations brought up against him. In an internal statement as reported by The Hollywood Reporter, the Pixar executive laments his actions. He admits to “missteps” and apologizes for having made people feel uncomfortable. In his statement, Lasseter says he’s been thinking about his actions and that he apologizes for what he’s done.