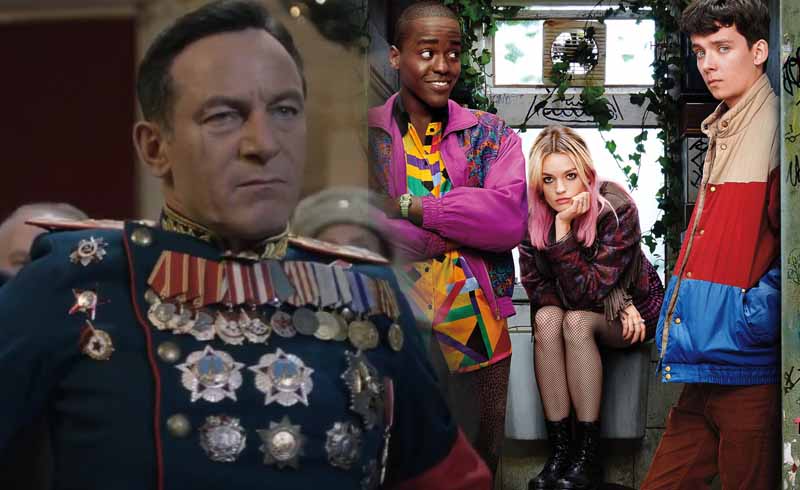 Laurie Nunn’s Sex Education is one of the better shows that are out on Netflix right now, and a lot of people are excited for the return of Otis and all of his dysfunctional friends from Moordale. What’s greay is, the show has just brought in some great additions to the cast – Jason Isaacs, Dua Saleh, and Jemima Kirke.

IMDb actually has some more information on the characters. Isaacs’ Peter Groff will apparently enter the picture by way of Mr. Groff who will be staying at his older brother’s place as he deals with the separation from his wife.

Moordale’s new headmistress Hope is also revealed to be a Moordale alumnus and has plans to “turn Moordale back into the pillar of excellence it’s always been.” We don’t know what that means specifically, but I have a feeling she is going to be a bit more ruthless than Groff, who was only pleased to appear successful while the actual school floundered.

And as for new faces, Cal is said to butt heads with the new headmistress, but the character is also described as nonbinary, a trait which we’ve yet to see on the show. We don’t know exactly how Cal fits in with the rest of the cast, but it’s said that the role will be recurring while the former two will only guest star.

Production is currently ongoing for Sex Education Season 3 and the series is expected to return to Netflix sometime in 2021.