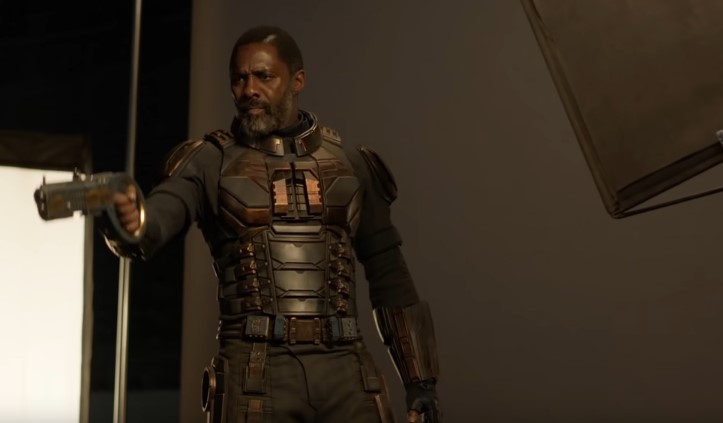 While some original cast members are coming back for The Suicide Squad, we’re also going to be meeting some new faces—one of them being Idris Elba’s Bloodsport. Gunn talks a bit about Elba’s work on the movie, and says Elba went ‘beyond his expectations’ in his performance.

This was his post on IG celebrating Elba’s birthday on Sept. 6:

I rarely write roles for actors I've never met, but I did exactly that for @idriselba in #TheSuicideSquad & couldn't be happier I did – you went beyond my expectations as an actor AND as a human being. I can't wait for folks to see you as #Bloodsport. Happy Birthday, my friend!

While a lot were confident that Elba was going to be playing Bronze Tiger in the movie, everyone was caught off guard when it was revealed that he was a more obscure character by the name of Bloodsport. While Robert DuBois seems like any usual comic book mercenary, his most notable contribution to comics is being the one who injured Superman with Kryptonite bullets.

We don’t know how Bloodsport will be written for The Suicide Squad, but it is interesting that Gunn would pick the most random and most unpopular heroes to make their debut in this film. If anything, it kind of makes the mortality of each character unpredictable, and it’s possible that someone like Idris Elba could be the Slipknot of this film and die a terrible death a quarter-way into the movie.

DC FanDome had given us a great sneak peek at the film, but we have yet to get a proper teaser for The Suicide Squad. With the movie set to come out in August of next year, it’s possible we’ll get our teaser early 2021. Fingers crossed we get something before 2020 ends because god knows we’re all starved for some good news.