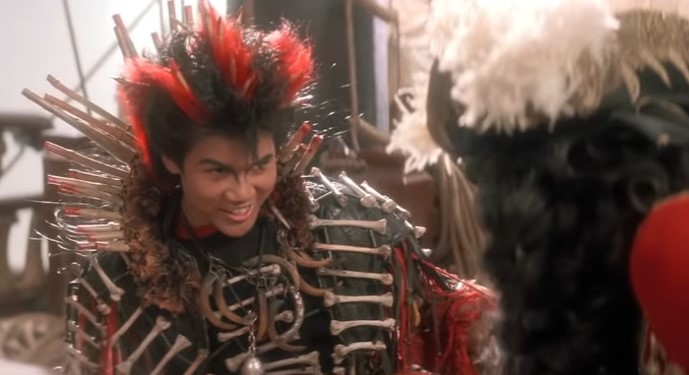 Steven Spielberg’s Hook may not have been loved by critics when it came out back in the 90s, but the movie remains a cult classic for anyone who was able to catch the film at the right age. While the film was filled with memorable characters, one standout is the new leader of the Lost Boys, Rufio, and actor Dante Basco reveals there’s actually an origin film in the works.

Talking to Collider Games, Basco says, “We’re in development for something that’s Rufio-based. It’s out there. We’ll be pitching soon. I can’t really talk about it, but it’s an origin story of Rufio and it would be animated. I would come back and voice the character. Let’s put it like that.”

We spoke to him about that & his new role on #ArtificialIntelligence in our interview here: https://t.co/N9NGV78Z7s pic.twitter.com/WPNVqpk41h

If you don’t remember Hook that well, Rufio was revealed to be the new leader of the Lost Boys after Peter Pan (Robin Williams) went off to the real world to become a lawyer. Rufio spends a good bit of the film antagonizing Peter, but by the end, he dies in the hands of Captain Hook, having become Peter’s close ally.

Though Dante Basco may be behind many iconic characters like Zuko or American Dragon Jake Long, a lot of people consider his portrayal of Rufio as his most popular onscreen appearance. I don’t really know what an animated movie could be about, but I can imagine a story chronicling how the orphan Rufio makes it to Neverland to become the next Peter Pan. While Millenials do love him, I wonder if kids today think that Rufio is one bangarang guy.

A Rufio movie has not been officially announced.