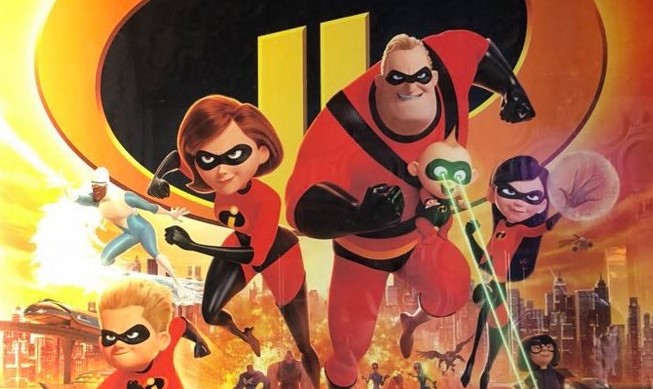 [THIS ARTICLE POSSIBLY CONTAINS SPOILERS FOR THE INCREDIBLES II]

Fresh after the success of Coco, Pixar is getting everyone excited for the release of their next film, The Incredibles II. Though we still have no hint of the main villain in the latest trailer, it’s possible that a LEGO set may have spoiled the identity of the next big bad.

As per Youtuber Jace Diehl who has gotten his hands on some Incredibles LEGO sets, the figure of the main villain, Screenslaver, has a removable helmet, and the face revealed underneath has a smirk very similar to Bob Odenkirk’s character, Winston Deavor.

Based on the trailer, we know that Deavor is leading up a campaign to bring back the Supers, and he’s hired Mrs. Incredible to bring back her Elastigirl persona. What’s more, he’s helping out the Parr family by making them live inside one of his very lavish homes. Based on how the character’s looks alone, he already seems like the villain, but it’s possible that he could be a red herring.

For one, Deavor has a sister named Evelyn (played by Catherine Keener), and as Diehl points out in the video, her full name, Evelyn Deavor, is a play on the words ‘Evil Endeavor’. Though Screenslaver may come out as the main villain that’s marketed, it’s very possible that he could just be a cog in Evelyn’s machine. After all, with films like Coco, Zootopia, Wreck-It Ralph, and Big Hero 6, the villain is never who you expect it to be anymore.

Of course this is all just speculation, but it’s all very intelligent guesses.

The Incredibles II comes out June 15.