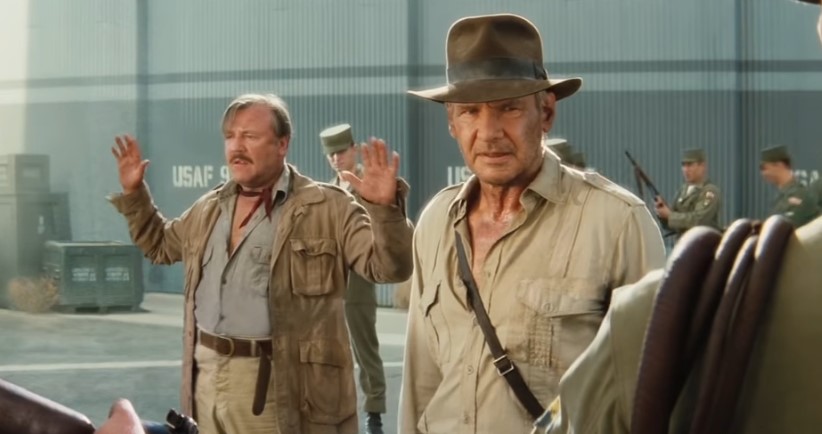 It’s finally happening. After several delays and a director switch, it looks like production for the fifth Indiana Jones movie is finally beginning. We don’t have any official photos or promos to signal the start of production, but a photo from @IndianaJones_ch gives us a look at Harrison Ford back in costume alongside Lucasfilm head Kathleen Kennedy.

Check the two on the set of Indiana Jones 5 down here:

Exclusive Photo that we got right now!
Harrison Ford sighted on Set of Indiana Jones 5 pic.twitter.com/jVzTB25XIw

We can’t really tell much about the film with the set photo, but we can see that they’re trying to keep to Indy’s classic fedora look for the movie. While this is just a rumor, it’s said that the film is going to have something to do with the Space Race of the 50s, and the film’s main antagonist (played by Mads Mikkelsen) is said to be a Nazi scientist who was hired by NASA to work on the moon landing initiative.

With Kingdom of the Crystal Skull already pointing out how old Harrison Ford has become to keep making these Indy films, a lot of people are expecting that Ford will ‘pass the torch’ in this film, like what Han Solo did with Rey in Star Wars: The Force Awakens. We don’t know who the next lead of the Indy franchise could be—or if they were planning on continuing the franchise at all—but some suspect that it could be Phoebe Waller-Bridge’s character. It’s not likely Disney wants to bring back Shia LaBeouf from the last film.

Catch the James Mangold-directed Indiana Jones 5 when it hits theaters on July 29, 2022.