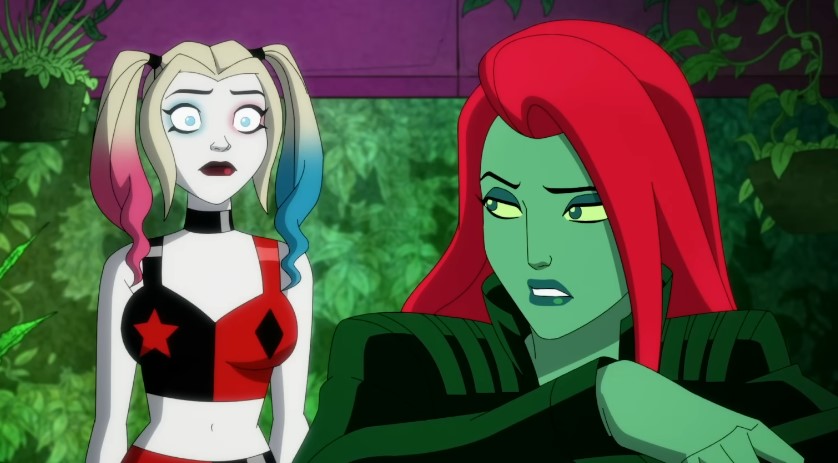 The Harley Quinn animated series had spent two seasons bringing Harley and Ivy together, but it looks like they’re setting the characters up for a clash in Season 3.

Watch the full trailer for the third season of Harley Quinn:

While Ivy has mostly been the laid back character in the show, the series is finally putting her front and center with the intention to have plants overtake the world. Of course, Harley can’t let this happen, and she then recruits the entire Bat-Family to help take down Ivy.

Though they did break up in the first season, Joker is still a major presence on the show, and this time, he’s trying to turn over some kind of new leaf by running for mayor of Gotham. We don’t know exactly where the series wants to put him, but fans can already spot the references to Joker with him dancing down the stairs, and Tim Burton’s Batman what with Mr. J riding the cake pulling the giant clown balloon.

The mayhem and madness continue in season three of this biting and uproarious adult animated comedy series. Wrapping up their “Eat. Bang! Kill. Tour,” Harley Quinn (Kaley Cuoco) and Poison Ivy (Lake Bell) return to Gotham as the new power couple of DC villainy. Along with their ragtag crew – King Shark (Ron Funches), Clayface (Alan Tudyk), Frank the Plant (JB Smoove) – “Harlivy” strives to become the best version of themselves while also working towards Ivy’s long desired plan of transforming Gotham into an Eden paradise.