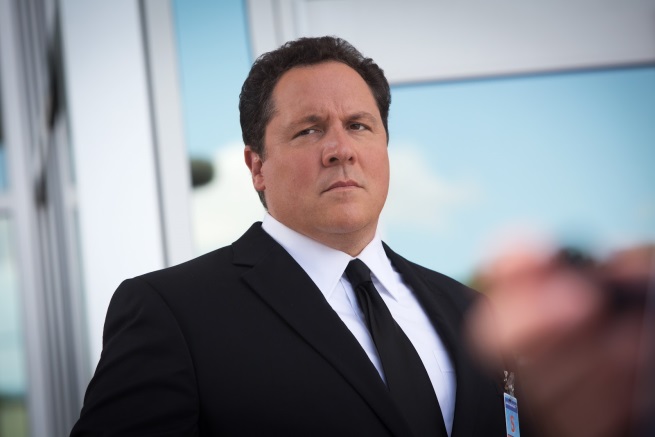 And the cast for Spider-Man: Homecoming keeps growing and growing. In 2017, the teenaged web-slinger will encounter the Vulture, Shocker and the Tinkerer whilst Tony Stark a.k.a. Iron Man will be close by to offer a helping iron fist. Whenever Stark is around, though, his favourite head of security and personal driver, Happy Hogan (Iron Man director and actor Jon Favreau), is usually around keeping him in check.

So where was he during Captain America: Civil War? He could have stopped this whole mess!

Anyway, Variety reports Hogan will appear in the Jon Watts-directed Spider-Man: Homecoming. Marvel and Sony have yet to comment. We haven’t seen Hogan since Iron Man 3 when he woke up from an explosion-induced coma to watch Downton Abbey from his hospital bed. We imagine, after the events of Avengers: Age of Ultron and Captain America: Civil War, he caught up on all the television he missed and is now ready for work again.

Favreau has remained a constant in the MCU, even after he left directing duties to Shane Black on Iron Man 3. He holds a producing credit for The Avengers films, past and future. He jumpstarted the most commercially successful comic book franchise of all time. In a gamble that paid off in a big way, he cast Downey as Iron Man. More recently, he made Disney nearly a billion dollars with his live action adaptation of The Jungle Book. Favreau will direct its sequel: The Jungle Book 2, which does not yet have a release date. He’s likely very popular in the Disney cafeteria.

Spider-Man: Homecoming is currently filming in Atlanta with Tom Holland (Spider-Man/Peter Parker). The script was written by John Francis Daley and Jonathan Goldstein, from the Vacation reboot, with Amy Pascal and Kevin Feige producing.  The film will hit US and UK theaters July 7, 2017.