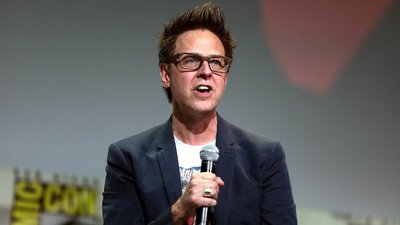 James Gunn has been tapped to direct the third installment of the Marvel hit, Guardians of the Galaxy, a month before the Guardians of the Galaxy Vol. 2 hit the big screen. Walt Disney Studios Motion Pictures, the company that has been distributing the franchise, had no reason to replace Gunn especially considering the massive success the series has achieved – that is until a few weeks ago.

Recently, some conservative websites riffled through the director’s now deleted account and uncovered offensive jokes about the 9/11, rape, and other controversial topics.  Amidst the backlash, Disney decided to fire Gunn from directing Guardians of the Galaxy Vol. 3.

A week after Disney’s decision, the cast of the Marvel movie has since released a statement regarding the studio’s decision. Chris Pratt, Zoe Saldana, Dave Bautista, and the rest of the cast voiced their support of their director. The actors explain that they were very shocked by Gunn’s firing. However, just like Gunn, their hearts have been touch by the support the director has gotten from the fans of the film:

“We fully support James Gunn. We were all shocked by his abrupt firing last week and have intentionally waited these ten days to respond in order to think, pray, listen, and discuss. In that time, we’ve been encouraged by the outpouring of support from fans and members of the media who wish to see James reinstated as director of Volume 3 as well as discouraged by those so easily duped into believing the many outlandish conspiracy theories surrounding him.”

The cast is hopeful that the support of the public can only mean that Gunn’s story isn’t over. They all anticipate the day they get to work with the director again:

“Each of us looks forward to working with our friend James again in the future. His story isn’t over – not by a long shot.”

At the wake of Disney’s decision, Gunn has also issued a statement explaining that he understands the matter that has transpired. He accepts the studio’s decision and he apologizes for those he has offended:

“Regardless of how much time has passed, I understand and accept the business decisions taken today. Even these many years later, I take full responsibility for the way I conducted myself then. All I can do now, beyond offering my sincere and heartfelt regret, is to be the best human being I can be: accepting, understanding, committed to equality, and far more thoughtful about my public statements and my obligations to our public discourse. To everyone inside my industry and beyond, I again offer my deepest apologies. Love to all”

Aside from the cast, fans of the series and the director have voiced out their support for the director. A few have set-up a campaign in order to reinstate Gunn in Volume 3. At this point, the campaign has more than 300,000 signatures.

Thus far, Disney has yet to officially announce Gunn’s replacement. The studio has also yet to confirm Volume 3’s worldwide premiere.