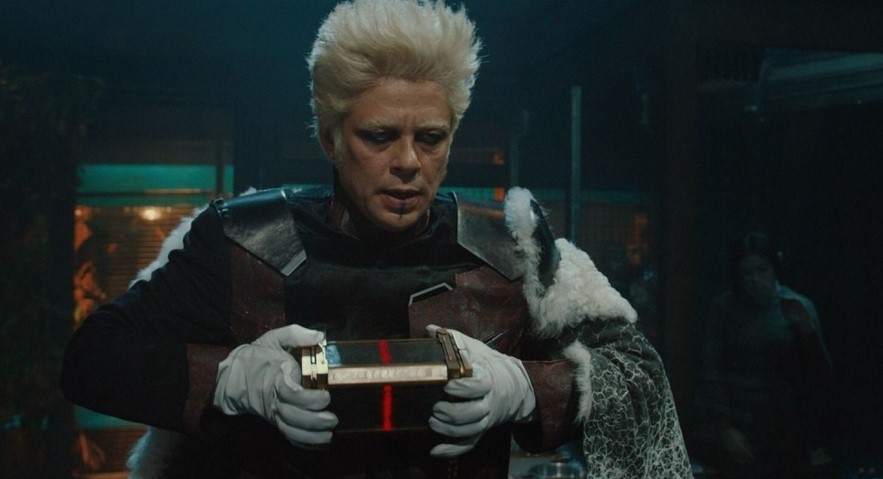 Besides playing DJ in The Last Jedi, Benecio del Toro is probably best known by modern audiences as the Collector in James Gunn’s Guardians of the Galaxy. What’s interesting is, he could be joining Gunn for his Suicide Squad sequel for the DCEU.

According to The GWW, del Toro is being considered for a role as one of the villains in The Suicide Squad. We don’t have that much specifics on the character, except that he’s being codenamed The Mayor and he’s also described as an “irascible old warrior who lives for war.” If it helps, Antonio Banderas was also being considered for the role at some point.

If you’ve followed del Toro’s filmography, you’ll know he has a penchant for playing wacky criminals, so I think he would be a perfect addition to the cast of The Suicide Squad. Of course, nothing yet has been officially announced, but I wouldn’t be surprised if Gunn brought back some people that he’s worked with before. Michael Rooker denied being cast as King Shark in the film, but I’m convinced he’s still going to make a cameo one way or another.

For now, all we can really do about The Suicide Squad is wait. Hopefully we get some kind of official announcement of the synopsis at SDCC 2019, but with the movie coming out in 2021, I wouldn’t be surprised if our first look came out next year.