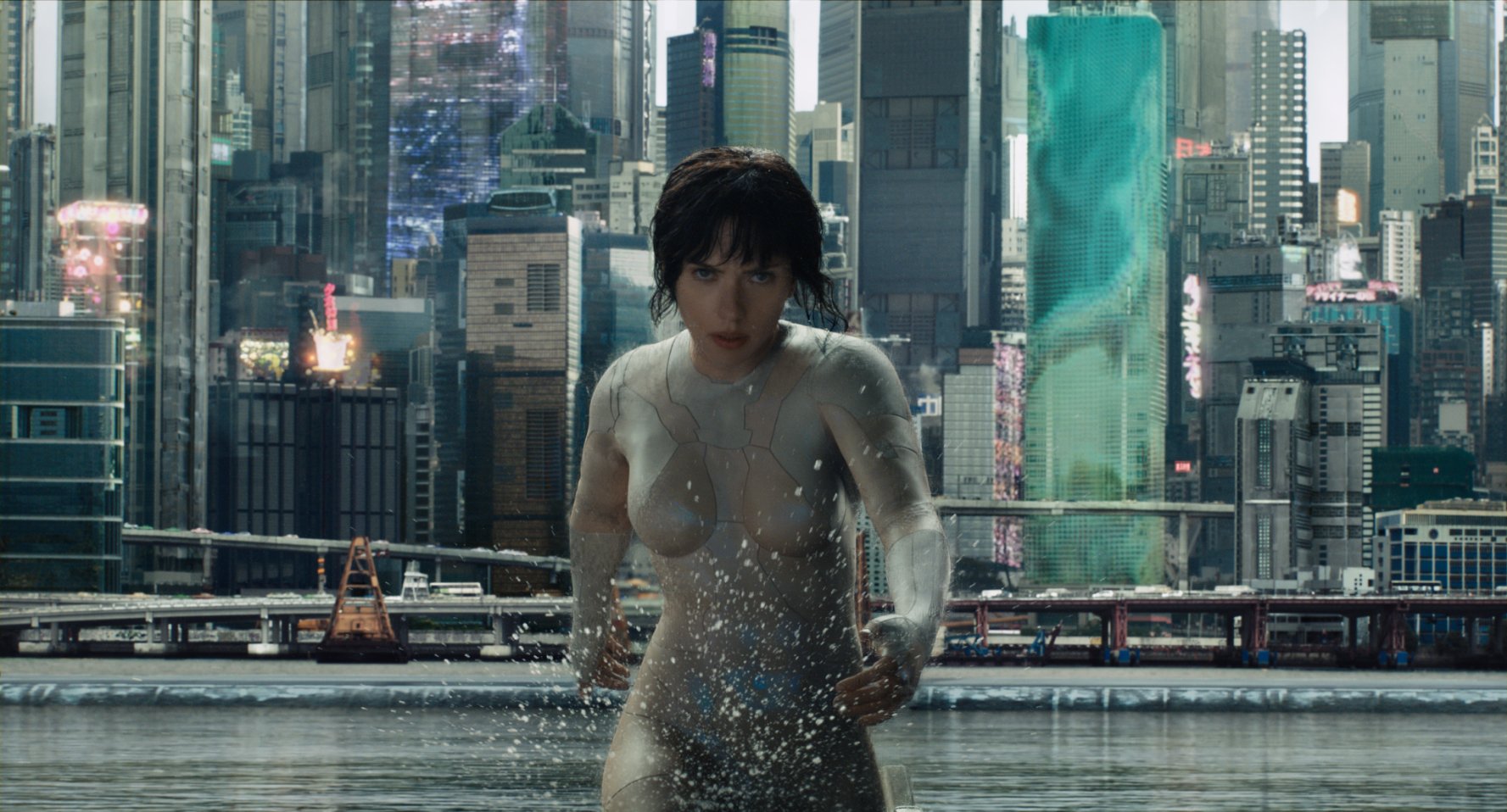 Not only is the culmination of the NFL season an exciting time for those who love hotdogs, foam hands, and Friday Night Lights (which you all should), it’s also circled on the calendar for any film fan desperate to get a peek at the upcoming slate of summer blockbusters. The first film to take the plunge, much in the same way that this spot opens, with Scarlett Johansson’s Major falling sacrificially off a huge Tokyo skyscraper, is Rupert Sander’s Ghost in the Shell.

Based on the revered Japanese Manga of the same name, created by Masamune Shirow, that was turned into a 1995 cult animated feature, Ghost in the Shell is the story of a human-cyborg hybrid (Johansson) who works for an elite task force called Section 9. Their mission is to hunt for cyber-terrorists and hackers. But their own existence and reason for being is bought into question by the emergence of an enemy who wishes to eviscerate artificial intelligence robot technology.

The Superbowl spot is largely dialogue free, aside from Michael Pitt, glimpsed as what appears to be a kindred spirit robot thingy (official terminology there) for Major, who provides a voiceover stating “They did not save your life…….they stole it”.

The rest is largely made up of a haunting choral score, and the impressive imagery that we’ve seen in previous trailers; the Mission Impossible glass jump, the spider-Geisha, multiple scenes of invisible peekaboo punching, and generally just watching Johansson kick-ass in a way she’s done so splendidly as Black Widow, and the similarly themed Lucy.

Also starring rent-a-baddie supreme, Michael Wincott, Juliette Binoche, The Wolverine’s Rila Fukushima, we’ll see if the man behind Snow White and the Huntsman can add some substance to the already intoxicating style, when Ghost in the Shell is released on March 31st.