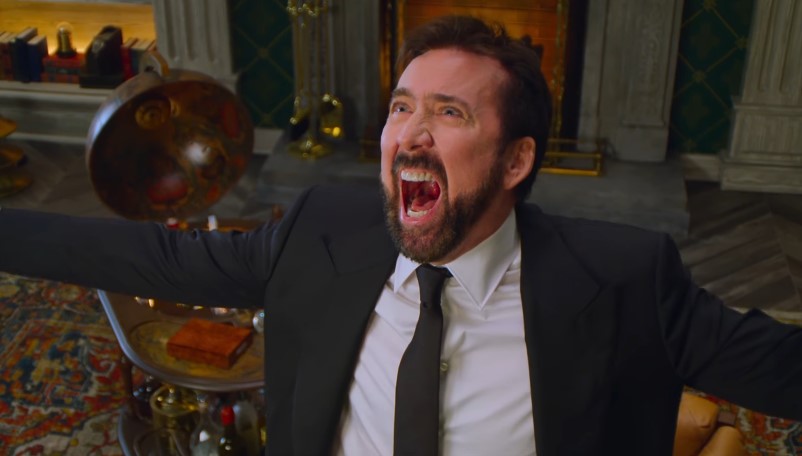 Nicolas Cage has always been the king of crazy, and though he mostly does films, he’s teamed up with Netflix for a docuseries called History of Swear Words.

Watch Cage (and a bunch of other celebrities) in this profanity-filled first teaser:

Besides Cage, the show also has appearances from other comedians and writers like DeRay Davis, Sarah Silverman, Nikki Glaser, and Joel Kim Booster. There are also some appearances other performers like Jim Jeffries and Nick Offerman.

I have to admit, the premise of the docu-series is pretty interesting. Not only are we getting the history of swear words, but we’re also getting some info on their historical relevance and how they are used when it comes to censorship and freedom of speech. There’s also a scientific element where they propose that swearing makes pain more bearable to the swearer. It’s definitely fascinating.

For now, it looks like History of Swear Words has only been greenlit for one season, but should it pick up, it’s likely that Netflix will opt to have more down the line. Then again, I am just fine with a limited series; hopefully the first season gets to tackle enough when it comes to the topic of profanity.

History of Swear Words hosted by Nicolas Cage is set to hit Netflix on Jan. 5, 2021.