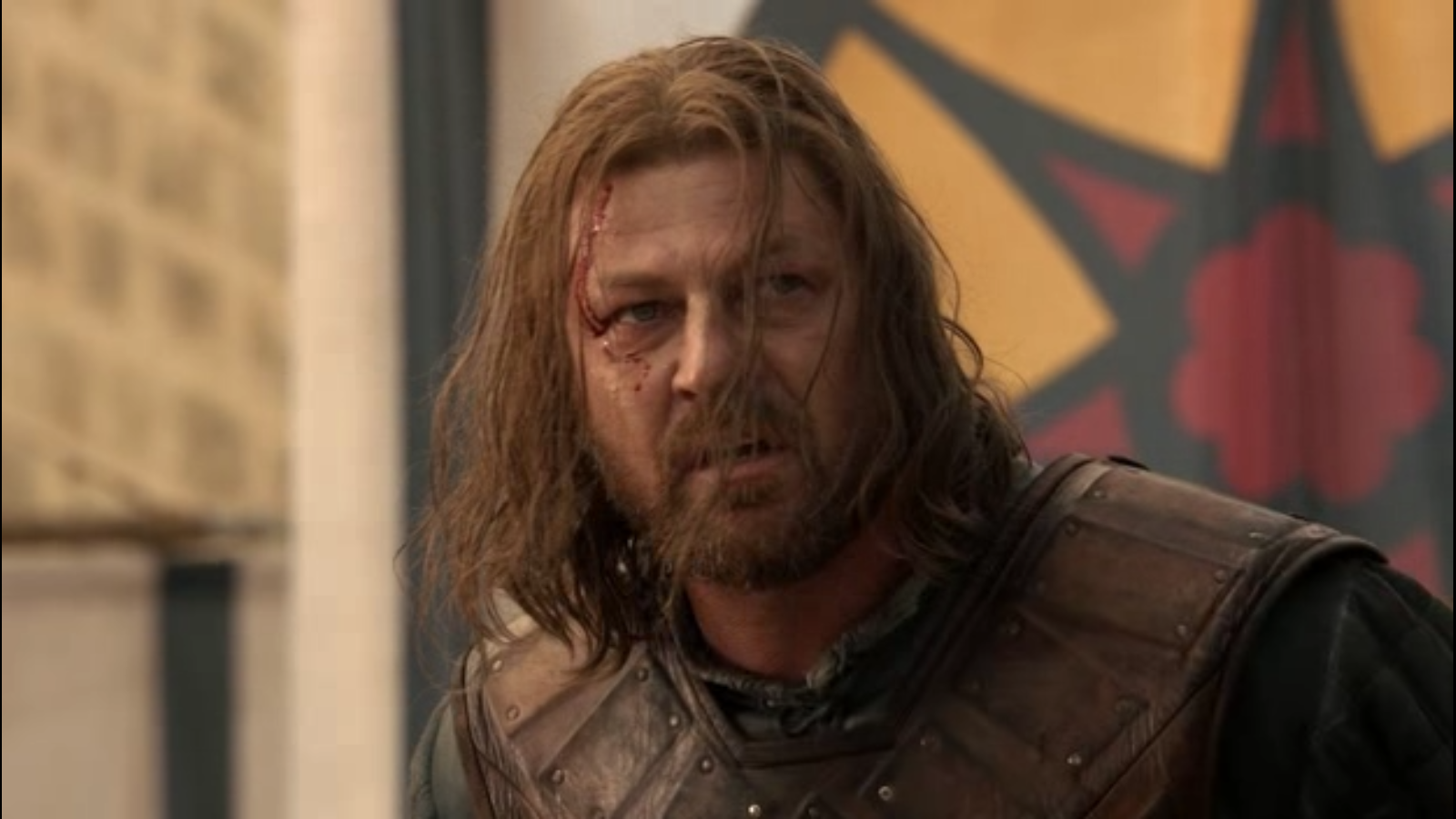 It’s been almost a decade since we’ve seen Game of Thrones faux protagonist Ned Stark, but now Sean Bean has come out to reveal something interesting about his character. Before he lost his head, Ned is seen mumbling something to himself, but we never really know what it is. As it turns out, Ned was praying.

“It appears that way, doesn’t it? Couldn’t be too specific, because I don’t know if religion [like that] was around in those days, whatever they were. I just thought, ‘What would you do if this were really gonna happen?’ You probably would pray. You probably would murmur some words and you’d keep it quiet. You’d keep it to yourself.

It’s quite subtle in that many people wouldn’t pick it up. It was an interesting thing to do for me at that point. There’s not much you can do really, you’ve got your head on a block. That’s about the only thing you can do is murmur.”

Though some fans would be disappointed that Ned wasn’t saying anything relevant to the show, it kind of stays true to his noble character in the book.

With the last season of Game of Thrones arriving next year, a lot of people are expecting all loose ends to be tied. Though Ned had died in the first season, a lot of his presence is definitely felt by every character until now. Fingers crossed that Bean makes a cameo in Season 8.

No specific release date has been announced, but expect Game of Thrones 8 to come out in 2019.