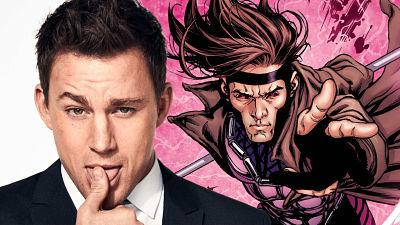 It feels like years, but we’re happy to say the Gambit movie is finally going to start shooting. This February we expect to see Channing Tatum don the famous X-Men characters garb, which we probably have him to thank for since Channing has famously been trying to play Gambit since 2013.

This particular project, of course, has been riddled with problems ever since Fox got on board, but the pieces are finally falling into place, and the official IMBD shows Channing Tatum in the lead role and will be joined by Lizzy Caplan, who is set to play the still unnamed female lead according to reports from Variety.

According to reports, Fox will roll cameras on Gambit starting in February 2018. That should give them enough time to get the movie done in time for its February 14, 2019, release date. The production is expected to last about five months, as the report says the studio is hoping to wrap in July. Gambit is supposed to shoot mainly in New Orleans, which is in keeping with the character of Remy LeBeau’s Cajun roots.

Other rumours include Daniel Craig in talks to play the villain Mister Sinister and that Bella Donna, who are strictly related to Gambit in the comics, will also appear, and that the plot of the movie will center around a heist and will include a few other X-Men as well. Hopefully, we’ll be learning more as we get closer to the shoot date.

The movie will be directed by Gore Verbinski (Pirates of the Carribean), and thanks to the previous success of Logan and Deadpool Fox is allowing for some creative freedoms that would have previously been denied.

It’s still unclear how Gambit will fit into the X-Men universe, but considering New Mutants will also be joining the foray we’re sure they’ll figure it out and apparently as all rumours things could change, but let’s hope we finally get to see this fan favorite on the big screen.