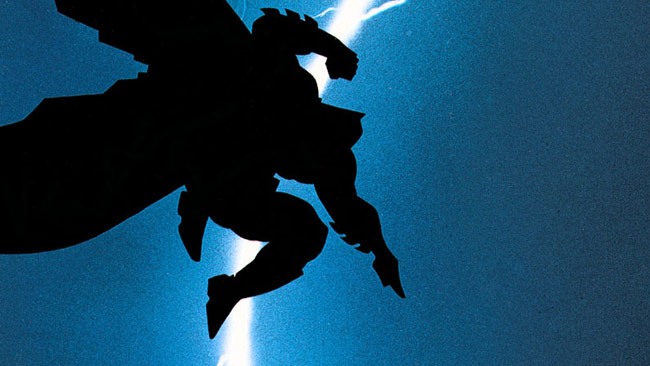 Comic legend Frank Miller, best known for his groundbreaking works The Dark Knight Returns and Batman: Year One, has never minced words when discussing film adaptions of the Caped Crusader. Miller has famously claimed to have never completed any of the Batman movies, due to what he considers poor representation of the character. During a MegaCon panel, the writer was asked about his thoughts on Batman v Superman, and whether or not he’d spoken to anyone working on the Batman solo film being headed by Ben Affleck and Geoff Johns.

The folks at DCComicsMovie.com attended the panel, and relayed the following.

When asked on the unfair criticism towards Batman v Superman and if he agreed with them, Miller only had this to say about the film:

“I was rooting for Batman.”

When asked if someone from The Batman camp reached out to him for advice on the film, as Affleck’s Batman in Batman v Superman is heavily based on his Batman from the Dark Knight Returns, Miller simply replied:

“They got my number.”

While DC Comics comic book writer Brian Azzarello who also appeared on the panel, playfully hinted at something when the question was first asked, which egged on the host to then asked him what was on his mind, which Azzarello simply replied playfully:

When asked on Ben Affleck’s performance as Batman in Batman v Superman, Miller had encouraging words:

“I liked it, he’s a good actor. I mean, he’s obviously very, very close to this material and plays it with great affection.”

When the same fan went on to states how Affleck was crucify for his performance online, Miller responded back with:

“The wonderful thing about the internet is the delete button.”

There you have it, finally a Batman film to please Frank Miller. It’s no wonder he enjoyed it, it was his Batman displayed on the screen throughout the entirety of the film. He has plenty to be happy about, and if Batfleck continues to perform the way he did in this outing, fans will too.