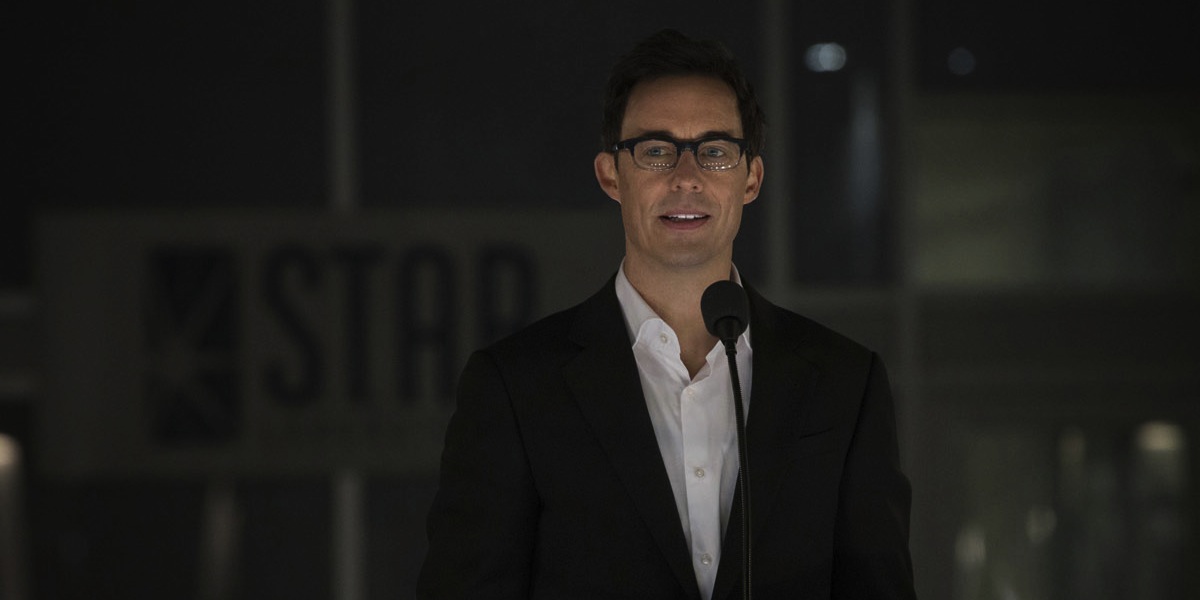 The Flash’s Flashpoint story arc is going to change a few things for many characters. Of course, Barry’s time-altering decision to save his mother from the Reverse Flash means his parents are alive. It also means his relationships from the original timeline no longer exists. He isn’t close with the West family, Wally is The Flash and Cisco’s a snobbish billionaire. There are many other characters whose Flashpoint counterparts remain a mystery. We know Caitlin Snow is still a doctor, but is she the kind altruist we’ve come to know and love? Another whose identity is in the wind is Harrison Wells.

In Season 1, we met two versions of the character. The real Dr. Wells never got to see S.T.A.R. Labs come to fruition. His body and life were stolen by Eobard Thawne, aka the Reverse Flash. The Harrison Wells of Season 2, or Harry as he was affectionately called, was OG Harrison’s Earth-2 doppelgänger. Thus, we still know very little about Dr. Wells proper. However, hopes were high he would be graciously introduced in Season 3 thanks to the new reality. Apparently, that won’t be the case.

According to Harrison Wells actor, Tom Cavanagh, that will not be the version on display this season.

“I played the original Wells on the beach with Tess,” Cavanagh explained to EW. “This guy won’t be that guy. If the show has strengths, I would argue that we’re not repeating ourselves generally, and specifically I’m trying not to repeat myself.”

The trailers have been hinting at this, while also cleverly keeping Tom Cavanagh’s character out of the spotlight. With Flashpoint Cisco running his own S.T.A.R. Labs-esque company, Ramon Industries, Harrison’s involvement seemed unlikely. But what has come of the character if he isn’t the man behind Central City’s scientific advancements? Perhaps he’s running a different company, maybe a Ramon Industries competitor akin to the first timeline’s Mercury Labs.

We don’t have long to find out. The Flash returns October 4.