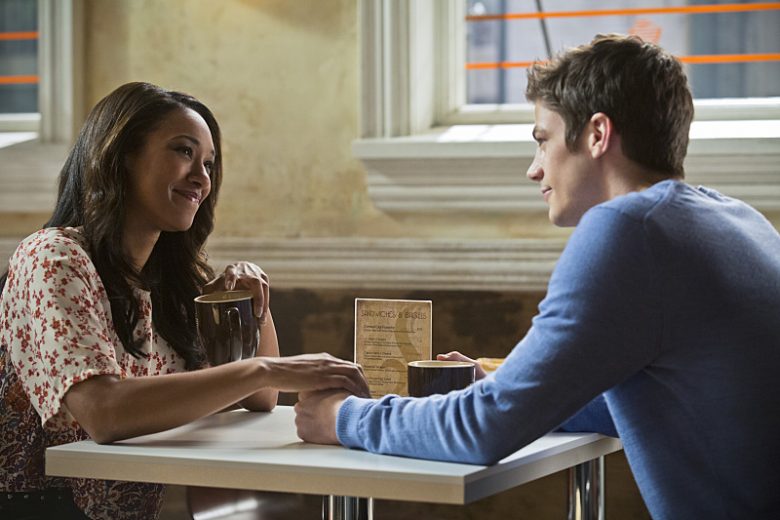 Has it really been four months since the last big Arrowverse crossover event? Yes, yes it has. Thankfully, another is on the horizon with the Supergirl and Flash musical crossover. Akin to the Invasion! episodes before it, the latest crossover will feature only briefly at the end of Supergirl. The following night, things will pick up in full swing on The Flash. Barring logistical reasons, it seems we may now have somewhat of an answer as to why.

Talking to TVLine, The Flash’s co-showrunner, Aaron Helbing, teased the role Iris West will play in the musical episode’s arc. “She plays a pretty key role in the musical episode,” he said. “The story really centers around Iris. Aside from Barry and Kara, Iris plays a huge role in the musical.” Might this have something to do with Iris’ impending fate at the hands of Savitar, the so-called God of Speed? As far as character is concerned, we know little else of what to expect from the two episodes.

Glee’s Darren Criss will guest star as the musical villain, Music Meister. Legends of Tomorrow’s Victor Garber and Arrow veteran John Barrowman will also be making guest appearances. Supergirl’s Melissa Benoist and Jeremy Jordan are set to make the jump to The Flash for a night, as well. All of the above are performing musical numbers, as are Carlos Valdes and Jesse L. Martin.

Supergirl’s March 20 episode will lead up to the musical crossover, which is slated to premiere March 21 on The Flash.