With all the excitement surrounding the four upcoming MCU films over the next year, it’s easy to forget the next Avengers team-up movie isn’t that far away. With Chris Evans revealing Infinity War is a 9-month filming commitment, since it and the untitled Avengers 4 are shooting simultaneously, production’s getting underway for the MCU’s most ambitious film yet.

In the director’s chair we find Anthony and Joe Russo, fresh off Captain America: Civil War. The Russo Brothers have a Facebook page where they’ve uploaded a photo captioned “Rehearsal.” The photo was presumably taken at Pinewood Atlanta Studios, where Avengers: Infinity War is being filmed: 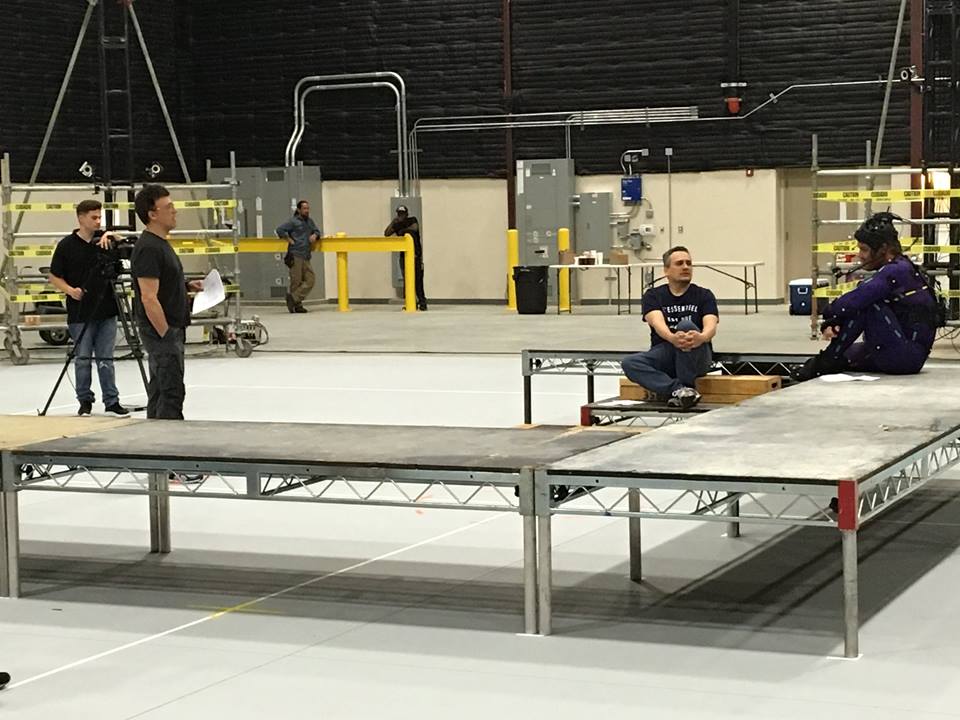 The picture showcases Josh Brolin as Thanos in an appropriately purple motion-capture outfit. On the left, near the camera, is Anthony Russo. Next to Brolin on the right of the picture is Joe Russo. James Gunn has stated many times on his own Facebook page that Thanos will not be appearing in next summer’s Guardians of the Galaxy: Vol. 2. This movie looks set to be the true arrival of Thanos onto the scene after being teased for over 4 years.

Production on Avengers: Infinity War is not due to start until November, but it’s clear Pinewood Atlanta Studios is about to get very crowded as all the Avengers start to show up. The film is set to feature almost every MCU central cast member, thus far. So much money is being spent on the actors as well as the IMAX cameras (Infinity War is the first movie to be shot entirely in IMAX). And Alan Silvestri is returning to compose the score, so there was no money left for the movie’s logo, which the Russos showcased on their Facebook page as well.