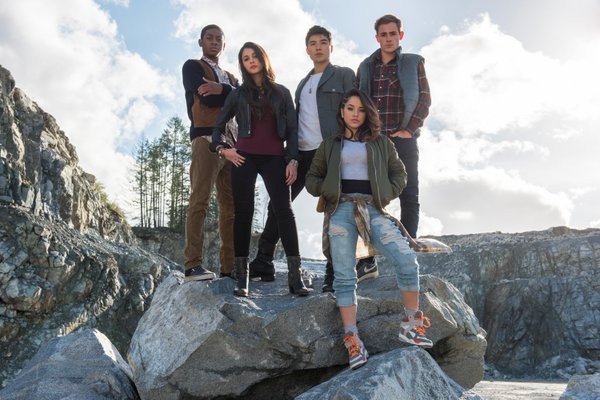 This isn’t the 90s anymore, so the mighty morphin Power Rangers were bound to get an updated look. However, their new suits may appear a bit more alien than expected. Literally. Check out the team’s first image below via Entertainment Weekly. 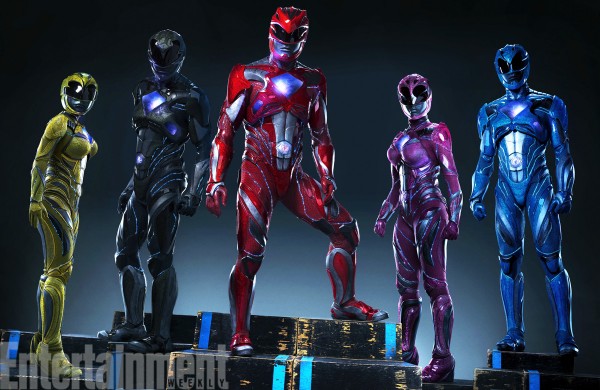 While this update is spandex-free, the costumes are still a throwback to the franchise’s long history. “The show was about kids coming of age, about metamorphosis,” director Dean Israelite (Project Almanac) noted. “These suits needed to feel like they were catalyzed by these kids and their energy, their spirit.” The costumes are definitely fitting, as the suits are meant to be an extension of the characters that crystallizes around them.

The film’s production designer, Andrew Menzies, admitted there was difficulty in redesigning the team’s iconic look. “It’s tricky finding a new language for a superhero costume. Ours is an alien costume that grows on them, that’s not man-made. You can’t win everyone over, but we are trying to appeal to a more mature audience and gain new fans.”

We’ll get to see them donning their extraterrestrial armor in action once Power Rangers opens in theaters on March 24, 2017.