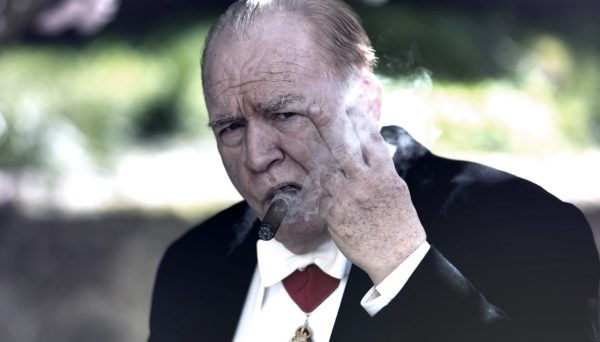 In terms of British War icons, few are as iconic as Winston Churchill, twice reigning Prime Minister of the United Kingdom who helped to see the Allies to victory in World War II. He has been portrayed many times on screen, but often as a supporting player in a broader war-epic like The King’s Speech where he was played by Timothy Spall, Rod Taylor in Inglourious Basterds or even when he fought Daleks in Doctor Who when portrayed by Ian McNeice.

It was only a matter of time, but Churchill is now getting the big-screen biopic treatment from The Railway Man director Jonathan Teplitzky. Playing the British Bulldog himself is Scottish Actor Brian Cox, star of movies such as Manhunter, X2: X-Men United and Troy. Filming is currently underway in Scotland and we have our first look at Cox as Churchill thanks to photographer Graeme Hunter.

Judging by the photo, Churchill is either doing his famous V for “Victory” sign, or he just saw Hitler off-camera and had some angry words to say about him. 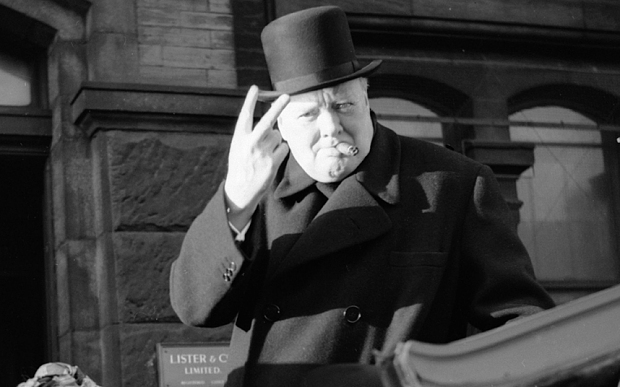