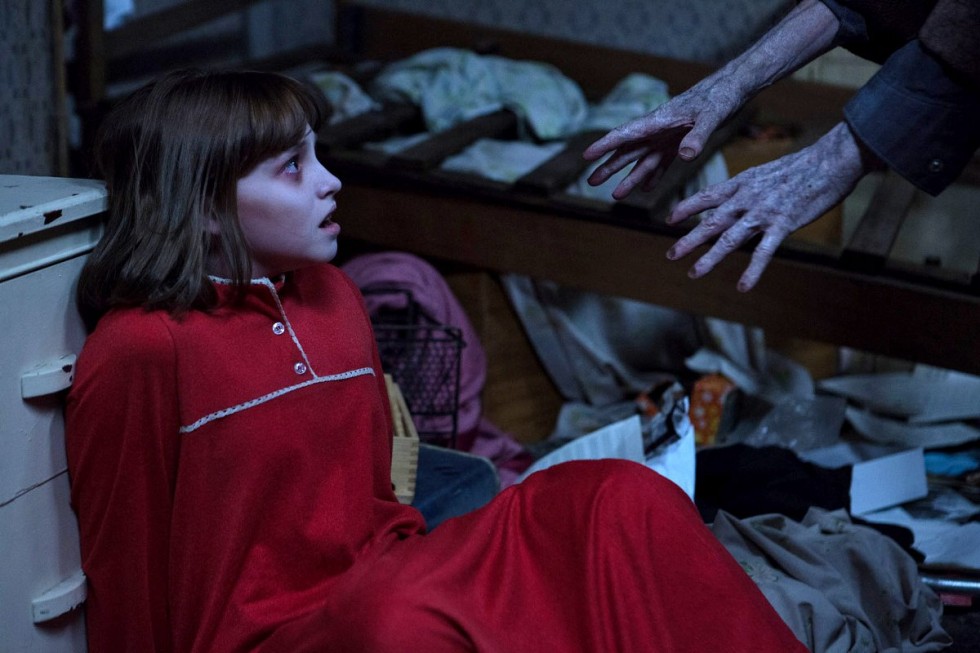 With the opening of James Wan’s next tale of horror, The Conjuring 2, drawing near, Warner Bros. has released a new featurette which focuses on the “Strange Happenings in Enfield.” The video features interviews from the real Janet Hodgson, the possessed girl from the film, the real Lorraine Warren, James Wan, other Hodgson family members, and the film’s stars. It’s pretty creepy, especially with audio from the Warren’s 1977 Enfield case placed on display for fans to hear. Check it out below.

Whether you believe in poltergeists, the supernatural, or the work of demonologists, horror fans and many movie-goers have had this film on their watch list radar for quite sometime. The first Conjuring took the genre to a new level and revitalized it in interesting ways. Based on what James Wan has had to say on the film in the past, fans should expect the sequel in the growing franchise to elevate it even further.

The supernatural thriller brings to the screen another real case from the files of renowned demonologists Ed and Lorraine Warren. Reprising their roles, Oscar nominee Vera Farmiga and Patrick Wilson star as Lorraine and Ed Warren, who, in one of their most terrifying paranormal investigations, travel to north London to help a single mother raising four children alone in a house plagued by malicious spirits.

The Conjuring 2 opens in theaters this summer on June 10.