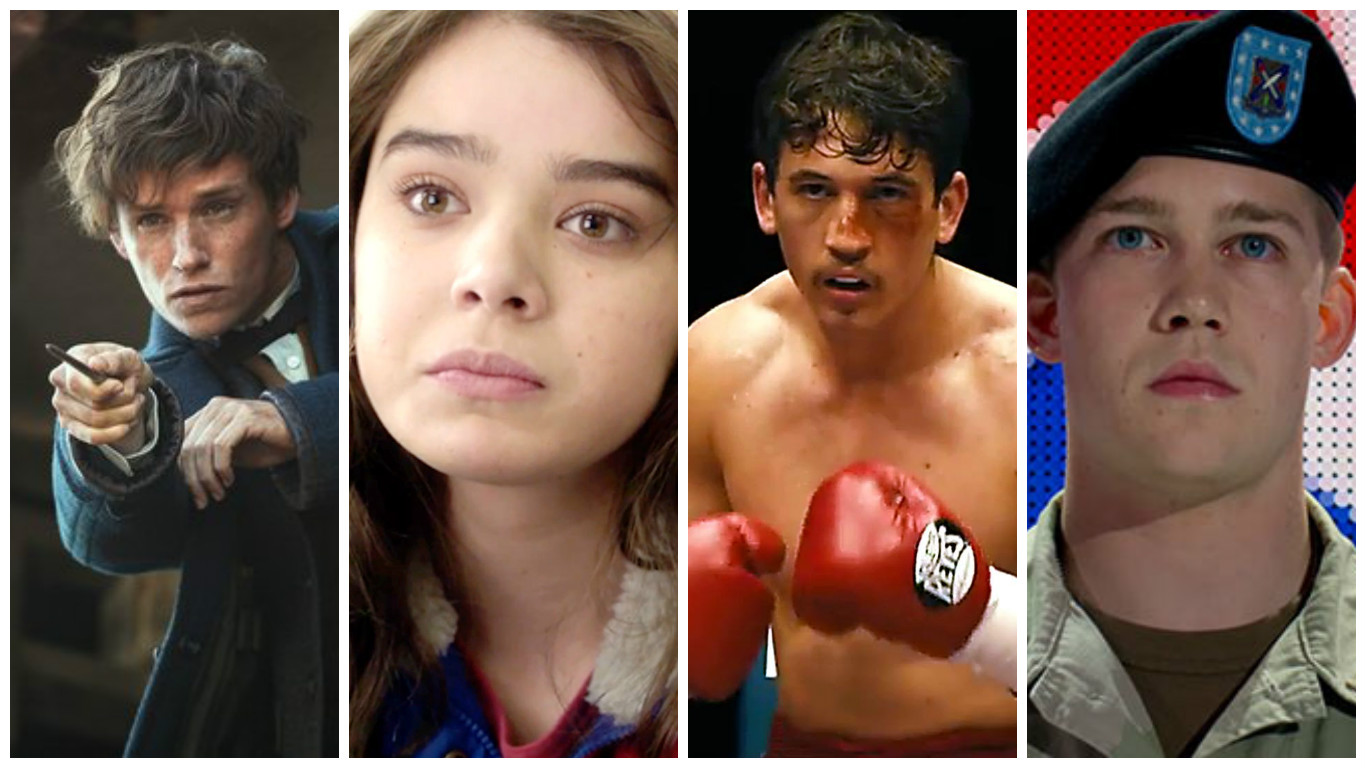 J.K. Rowling and director David Yates return to take the number one spot at the box office once again with the Harry Potter prequel release of Fantastic Beasts and Where to Find Them.  In fact, the major release is one of the only bright spots this weekend as other newcomers suffered disappointing openings, while holdover films mostly saw steeper declines than expected.

In first place, Fantastic Beasts pulled in a very good $75m in North America.  While this isn’t quite a Harry Potter-level opening weekend, it is still a large start for a spinoff film with little direct relation to popular series.  Also of note, the opening weekend consisted of mostly adult viewers, while only 18% of the audience were less than 18 years old.  These numbers reflect opening day viewers at least, and it will be interesting to see if more young viewers jump on the franchise bandwagon.  To the film’s credit, it did earn a strong ‘A’ Cinemascore from audiences, as well and a solid 76% Fresh rating on Rotten Tomatoes.  So far, the blockbuster has bagged $218m worldwide with Japan and China to open next week.

In second place, Doctor Strange saw a larger decline this weekend as it lost 59% of its audience.  Rowling and company certainly had something to do with that.  The Marvel film banked another $17.6m bringing its domestic total to a worthy $181.5m.  $230m in total is likely at this point.  The origin story film has a strong worldwide total of $571.5m, so far.

Sporting the best hold in the top ten, the WWII film Hacksaw Ridge managed to slip only 36% from last weekend down to sixth place.  The Mel Gibson film bagged another $6.75 million for a new $42.8m total.  Good word-of-mouth has certainly been propelling this one.

The Edge of Seventeen opened this weekend to a disappointing $4.8 million.  The film has been earning great reviews and did manage to snag an ‘A-‘ Cinemascore, but like most films this weekend, didn’t quite perform to expectations.  Luckily for STX, the production budget stands at a mild $9m, so if the film can hold its own in the coming month, it still may prove to be a worthwhile investment.

Bleed for This, the boxing drama starring Miles Teller and Aaron Eckhart, could only punch its way to $2.3 million for an eighth place finish.  While this is slightly better result than the $1.75m opening of Hands of Stone, it certainly is no Creed or even Southpaw.  Bleed is an Open Road Films release and also carries a mild budget of only $6m, but there is a chance the movie will barely earn that back.

Finally, opening further down the chart than expected, the nationwide expansion of Ang Lee’s Billy Lynn’s Long Halftime Walk proved to be one of the bigger disasters of the year.  Its eclectic cast couldn’t save the film from mixed-negative reviews and little-to-no anticipation.  The movie only mustered $930,000 this weekend in 1,176 theaters for a paltry $791 per-screen average.  This is a terrible and confusing result.  The film was filmed in 3D and in HFR-format, however, only two theaters showed the film in that format and 3D showings were scarce.  I couldn’t find any 3D showings in my region.  The studio may have decided to pull back once the poor reviews came flooding in.  The production budget is estimated at $40m.  The film has $23.6m worldwide so far. 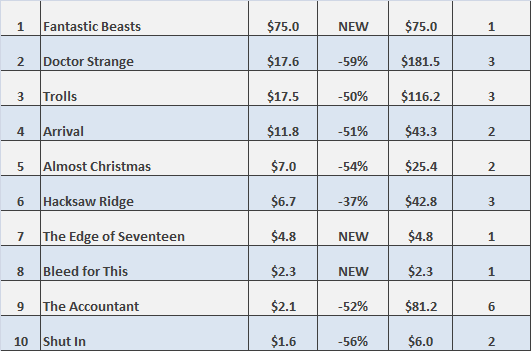