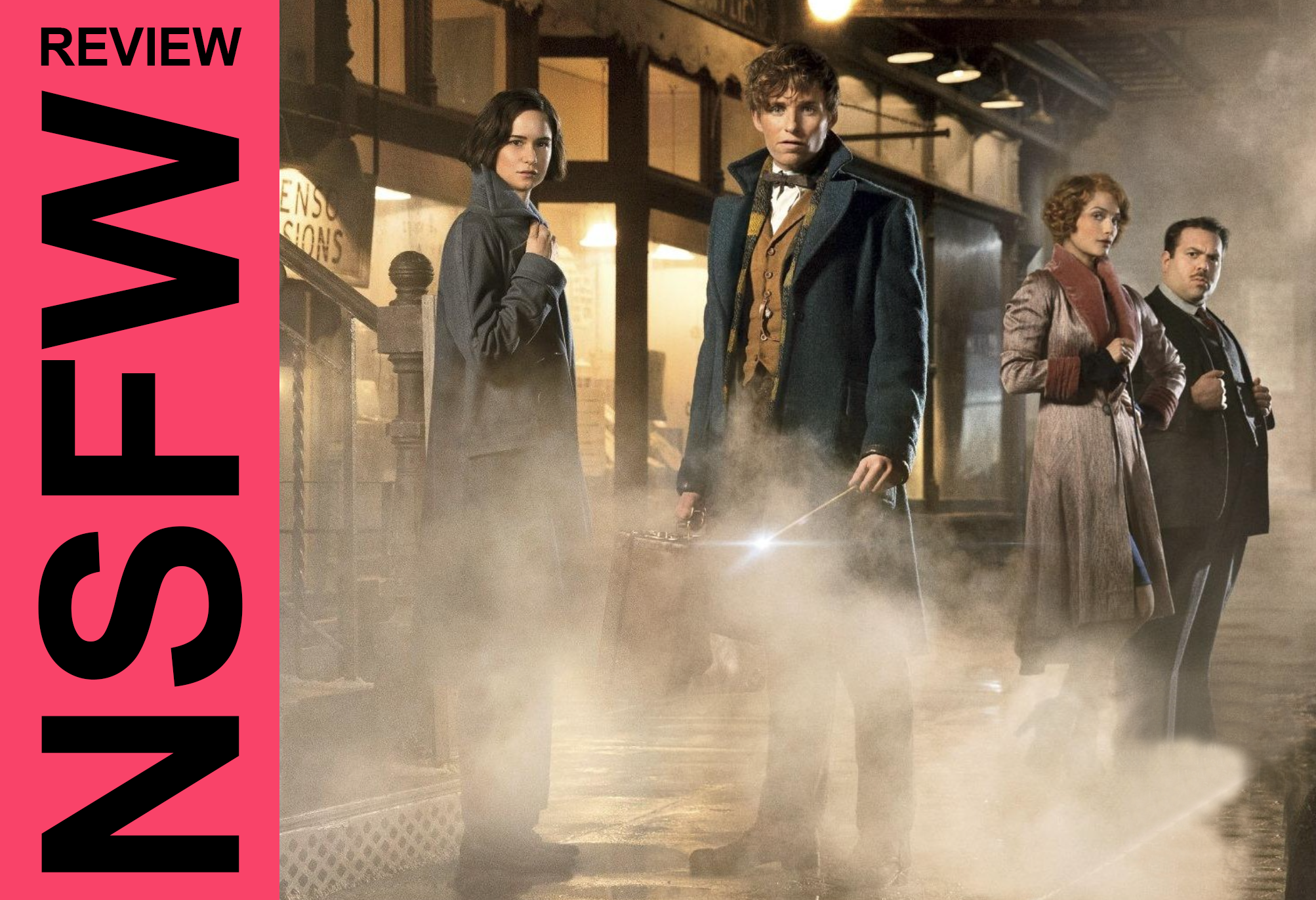 When you own an intellectual property like Harry Potter, you’re basically obligated to feed it to people until they throw up – and then feed them some more. I’m sure that won’t bother those of you who want to see the Fantastic Beasts cow milked until it looks like a rubber glove attached to the bottom of an ironing board, but basing a pentalogy around a book that’s basically a Pokédex presents certain issues. For instance, once that source material is exhausted, you have to endure a dull, messy and often incomprehensible story that only seems to pander to those who use their replica wands to pleasure themselves.

Fantastic Beasts and Where to Find Them, while sounding like a name for a wildly creative porno, is actually a Harry Potter spin-off, loosely based on Rowling’s book of the same name. Set in 1926 New York, it follows Magizoologist Newt Scamander (Eddie Redmayne), who has a TARDIS suitcase filled with the sort of creatures your child draws and you reluctantly display on your fridge. Thanks to extreme levels of incompetence, he manages to let them all on the loose and then has to bumble around the Big Apple capturing them. Meanwhile, a dark and mysterious power, appropriately named an Obscurus, threatens wizards and “No-Majs” (the American term for Muggles) alike. If you’ve read that the way I intended, you’ll now be thinking those two plots have absolutely nothing to do with each other. If so, you’re right. Well done.

Tying those two arcs together is complicated enough, but it doesn’t help that Redmayne inaudibly mumbles throughout. For some reason he speaks out the side of his mouth like a stroke victim. Subsequently, I can only tell you the name of one of his beasts. The creatures being far from fantastic masses of CGI probably has something to do with it, too. There’s nothing nearly as memorable as Fluffy, the basilisk, Aragog or even fucking Scabbers.

And there’s no use turning to the supporting characters to be dazzled; Wand Permit Officer Tina Goldstein (Katherine Waterston) borders on being unlikable, her mind reader sister Queenie (Alison Sudol) is ironically vacuous, and No-Maj Jacob Kowalski (Dan Fogler) is rotund and therefore meant to be hilarious. Colin Farrell manages to generate some menace as Magical Congress Auror Percival Graves, but look how annoying his title is. And you’re still none the wiser about what he does. (For non-Potter heads, Aurors hunt dark wizards.)

This being Rowling’s first time penning a screenplay, she’s due credit for establishing a darker tone. It’s like when they released those adult covers for the Harry Potter books, so older readers didn’t look like plebs reading them; it saves everyone over the age of twenty-one from embarrassment. But between her and director David Yates, they’ve created a magical world that no kid will want to visit when they turn it into a theme park. New York looks like Gotham City on garbage collection day, and the magic itself seems to be missing a certain sparkle. In one scene, Newt invites Jacob into his suitcase (that’s not a euphemism) and the CGI-heavy transitions are about as awe-inspiring as a firework plunged in wet sand. In comparison to the wonder of the Harry Potter series, Fantastic Beasts has the complete opposite effect. I can’t think of a single thing I liked about this film. I’d go as far to say I hated it.

Fantastic Beasts and Where to Find Them

Fantastic Beasts and Where to Find Them is dull, messy and often incompressible. Eddie Redmayne is inaudible, talking out the side of his mouth like a stroke victim, and the beasts are uninspiring masses of CGI that are better off not being found. The Cruciatus Curse seems preferable to four more of these films.