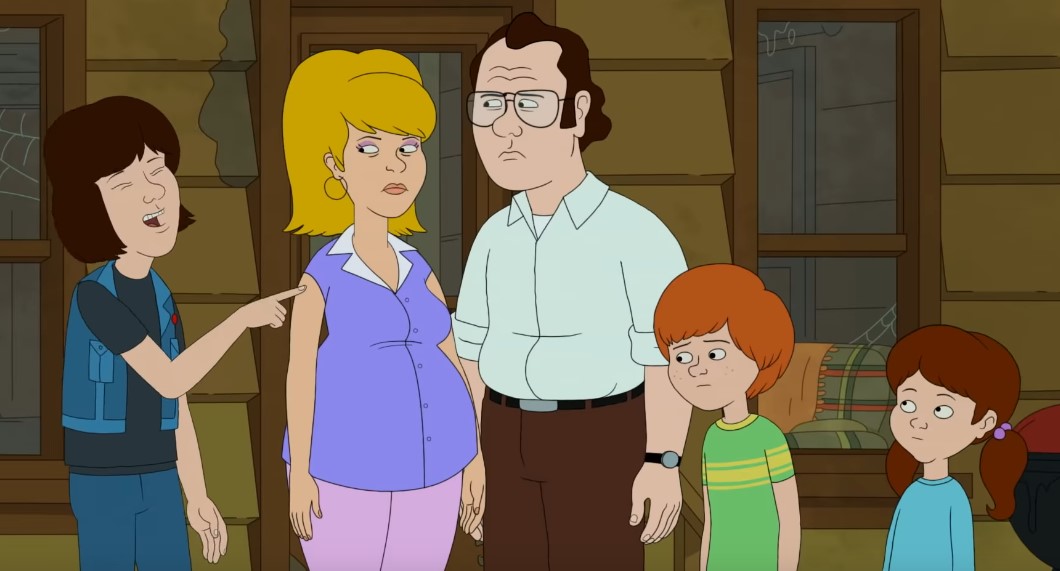 Dysfunctional families are a part of every sitcom, but the Murphys from F is for Family have a special place in the hearts of audience members. Netflix has just dropped a new trailer for the third season, and it looks like cranky Frank Murphy will have more to be miserable about.

No synopsis has been given for the third season, but the trailer gives us a pretty good idea of where we are in the story. Seeing that Frank is usually a recluse with his home life, we have a new character in the form of Chet (Vince Vaughn) that Frank finds a bond with—what with both of them being military and Chet having Frank’s dream job. It looks like a big part of the story will have Frank try to keep his friendship with Chet while keeping him away from Vic.

The trailer also confirms that Sue will get pregnant again—much to the dismay of Frank. If you watched the finale of the second season, you’ll know that this was because of Frank’s Boss Smokey, who had a habit of poking holes into condoms for fun.

Despite the Murphy’s being another dysfunctional TV family, the family admittedly has very realistic problems that hit very close to home. Much like BoJack Horseman, the show brings some serious drama while masquerading as an animated comedy. We don’t know how much more of the Murphys we’re going to get down the line, but hopefully we get to see how everyone ends up eventually.

Catch F is for Family 3 when it returns to Netflix on Nov. 30.