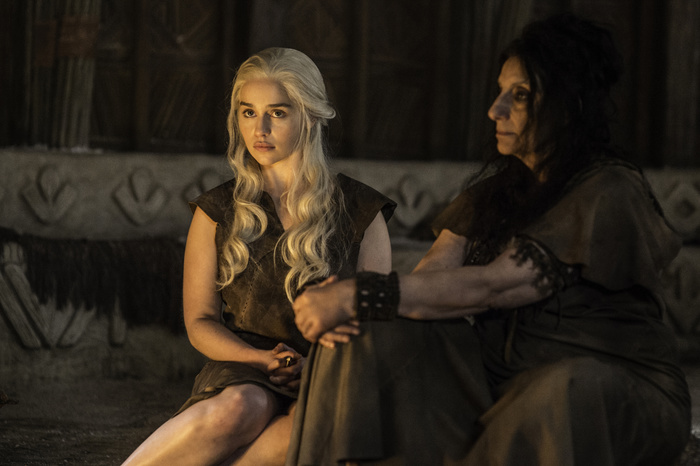 SPOILER ALERT: This article contains spoilers for episode 4 of Game of Thrones season 6. Don’t say we didn’t warn you!

The closing scene of the latest Game of Thrones episode, Book of the Stranger, saw Emilia Clarke in her first nude scene since Season 3 of the hit TV series.

The scene came after Clarke’s character, Daenerys Targaryen, set fire to the Temple of the Dosh Khaleen, taking with it the Dothraki leaders within. Thanks to Daenerys’ immunity to fire, the Queen of Dragons emerged from the blaze triumphant, unburnt and unclothed, causing the Dothraki to quickly flock to her in awe, the large crowd bowing before her.

The scene may have come as a surprise to fans of the show, after it was widely rumoured that Clarke was no longer happy to appear nude. The actress has since revealed that whilst she is not a fan of gratuitous nudity, she is willing to appear nude if it is required for the story and makes sense for the characters.

Speaking to Entertainment Weekly about the latest scene, Clarke said:

“I’d like to remind people the last time I took my clothes off was season 3. That was awhile ago. It’s now season 6. But this is all me, all proud, all strong. I’m just feeling genuinely happy I said ‘Yes.’ That ain’t no body double!”

The scene was filmed on a “closed set” in Belfast, something which helped the actress to feel more comfortable during filming.

“Taking off my clothes is not the easiest thing, but with the magic of the effects, I don’t have to do a Season 1 and go on a cliff and do it. I’m in control of it,” she said.

This echoes Clarke’s words in an Instagram post last year, in which she clarified her stance on nude scenes and wrote:

“Like a good Mother of Dragons, I’m always in control.”