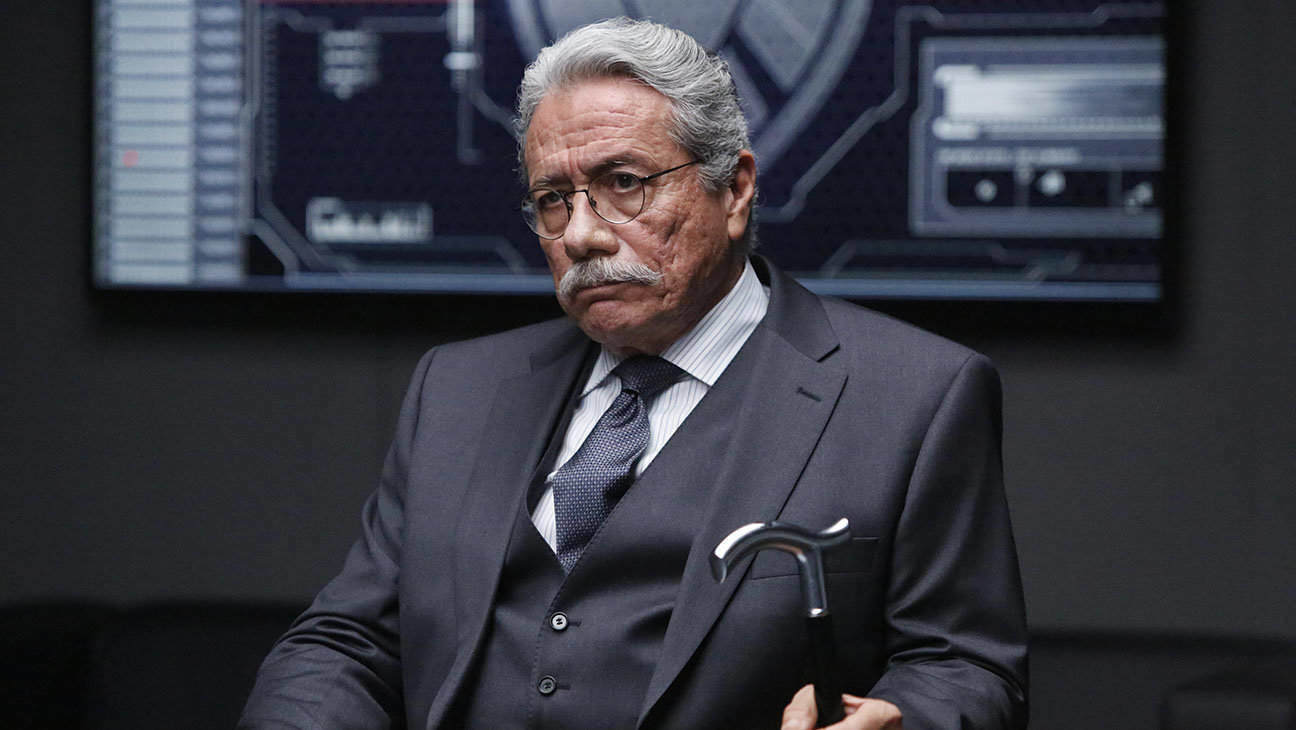 Production on writer/director Shane Black’s The Predator is well underway, but the anticipated sequel just added a veteran cast member to its lineup.  The Hollywood Reporter has just learned that Edward James Olmos (Agents of SHIELD, Battlestar Galactica, the upcoming Blade Runner 2049) will be joining the fight against the alien hunter.

Olmos joins Boyd Holbrook, Jacob Tremblay, Olivia Munn, Thomas Jane, Trevante Rhodes, and Sterling K. Brown in the upcoming sequel-reboot to the 1987 Arnold Schwarzenegger classic, Predator, which was directed by John McTiernan.  Little is known of the role that Olmos will be playing, but according to Movieweb, he is a military character expected to “be tied to Boyd Holbrook, who is playing an ex-marine.”  This news comes just weeks after the casting announcement of Jake Busey (Starship Troopers), son of Gary Busey who played Peter Keyes in Predator 2.

Fox has also remained tight-lipped regarding the premise of the new film, with varying reports suggesting a suburban neighborhood setting.  SlashReport published an alleged leaked synopsis for the film about a month ago, only to have said publication removed at the request of the studio.  However, it probably won’t be much longer until Fox releases an official premise in preparation for a potential teaser trailer that could debut as early as this summer.

For now, the casting of Olmos adds even further value to a production that currently has some serious talent in its ranks.  Considering the fact that he is no stranger to science fiction projects, it will be interesting to see how involved his character is in the film.  With some official cast photos floating around, expect additional announcements regarding an official storyline soon, as well as a first teaser announcement.  We may even be treated to an official still of the Predator, himself!  Only time will tell.  The film is slated to open Feburary 9th, 2018.  Now get to da choppa!