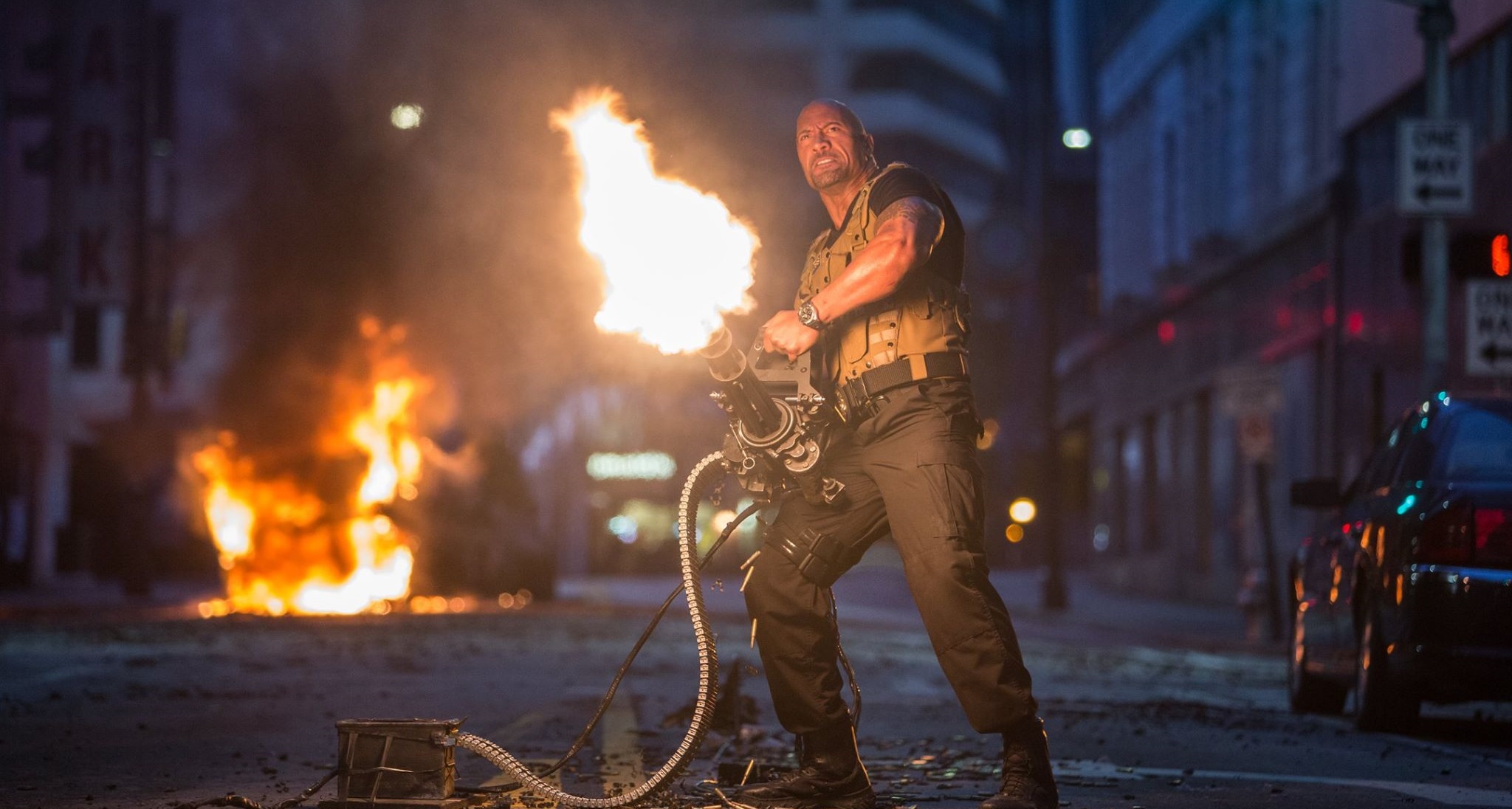 Production on Straight Outta Compton director F. Gary Gray’s Fast 8 is starting to wind-down now and co-star Dwayne “The Rock” Johnson is now in his final week of filming. 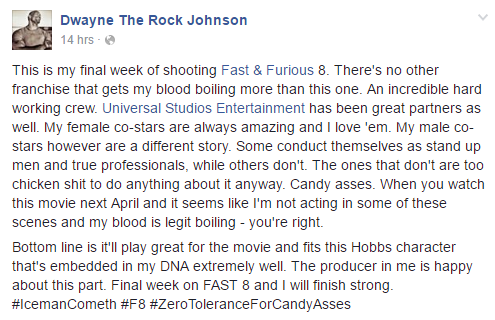 So, the big question is, who is the chicken s*** not acting professionally while filming Fast 8?

We know they’re male, which rules out co-stars Michelle Rodríguez, Elsa Pataky, Charlize Theron and Helen Mirren. It’s also unlikely to be a returning cast member otherwise this would have come up earlier, so it ain’t Vin Diesel, Tyrese Gibson, Lucas Black, etc. That leaves a franchise newcomer and, if the comments section of the Facebook post is to be believed, Scott Eastwood could be the “candy ass” that angered The Rock. Of course, we have no way of knowing for sure, and it’s unlikely Dwayne Johnson will name names, at least for now.

Will we be able to see which scenes Dwayne won’t be acting in as his “blood is legit boiling” when Fast 8 rolls around in April 2017? Only time will tell.