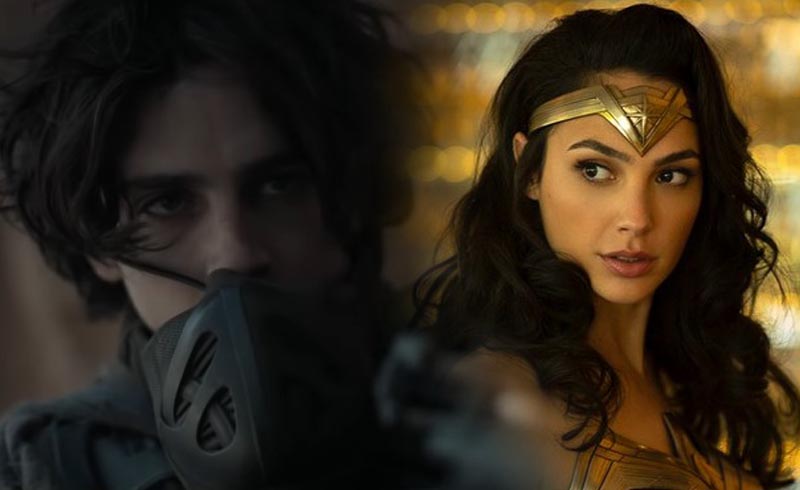 Fans have been waiting for months in anticipation for the Dune trailer and WB had just dropped the first teaser for the film. While the internet celebrated though, some news has come out that could potentially put a damper on the trailer drop.

As reported by Deadline, it’s possible that Dune could not be making its December 2020 release date all thanks to Wonder Woman 1984. Word has it that WB is looking to push back the highly-anticipated superhero film from its October release to November/December—thus resulting in the delay of Dune.

The consideration to move Wonder Woman is coming from WB’s desire not to have its films compete with each other. Tenet is already stumbling its way into theaters, and though profits are looking steady, an October release for Wonder Woman 1984 could mean the death of Tenet. Should WW84 come out in December, it would then have to compete with Dune.

The way things look now, I think that I would prefer that they delay Dune to 2021. There’s just so much anticipation behind the movie, and I have a feeling COVID-19 will pretty much still be here come December. If anything, it’s going to end up like Tenet with only a few people being able to check it out in theaters and fans  being cautious on discussing the film online with the fear of spoilers.

If anything, something big has to change before October, but I don’t think that’s going to be the case. While the change does feel inevitable, Wonder Woman 1984 is still slated to come out on Oct. 2 with Dune set to release on Dec. 18.