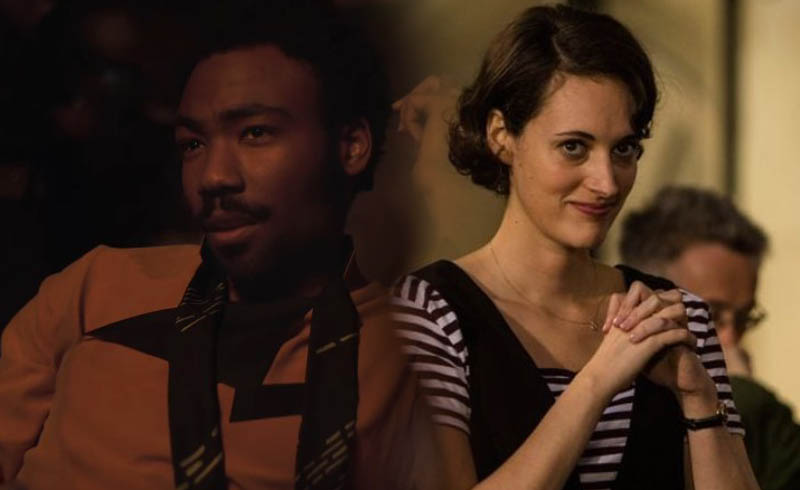 Donald Glover and Phoebe Waller-Bridge had played co-pilots Lando Calrissian and L3-37 in Solo: A Star Wars Story, and the two are teaming up once again for an upcoming Amazon series.

According to a report by BBC, the two are going to be teaming up on a television take of the 2005 movie, Mr. And Mrs. Smith, a film where Angelina Jolie and Brad Pitt played hired assassins who married each other. Glover and Waller-Bridge have teamed up with Francesca Sloane (Atlanta, Fargo) who created the show, and the pair are expected to be the stars.

While I am still here praying for Lucasfilm to #MakeSolo2Happen, I think this collaboration between Glover and Waller-Bridge could have Solo to thank for bringing the two together. Besides being very successful actors, each have also developed their own highly-acclaimed television shows, Glover with Atlanta and Waller-Bridge with Fleabag; no doubt the two probably had something to talk about while they were working on set. At least this time, we’ll actually get to see Waller-Bridge’s face rather than a CG droid that she’s acting out.

We don’t have any further details about Mr. and Mrs. Smith yet, but the show is expected to come out on Amazon Prime Video sometime in 2022. Though we did have another ‘couples that are assassins’ film with Keeping Up with the Joneses back in 2016; Glover and Waller-Bridge’s involvement should provide a more interesting spin on the premise.