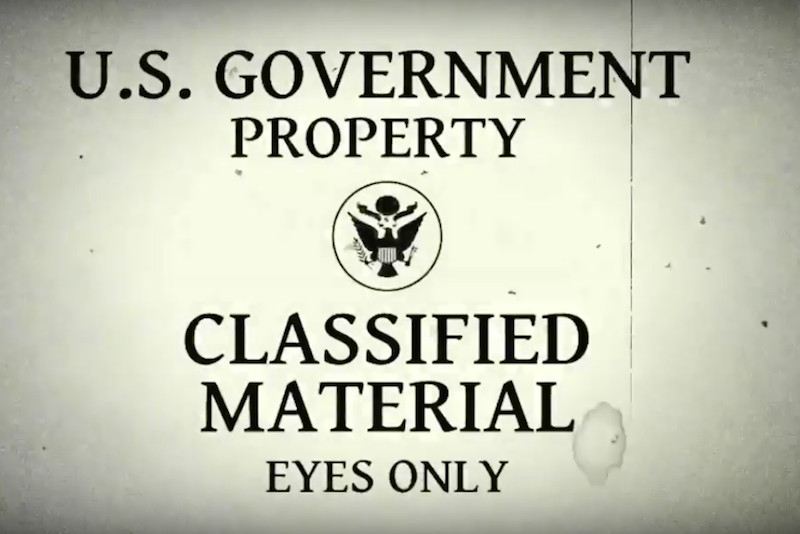 The Arrowverse’s 4-night crossover event begins in less than a week. Supergirl’s final minutes will kick of the invasion, but The CW is already teasing a conclusion. In the Legends of Tomorrow video below, you can see a found footage reel of soldiers fighting aliens. The clip acts as “U.S. Government Property,” likely showing off what the Legends will deem an aberration in time.

As far as we know, our heroes will only be fighting the Dominators during present day. However, this found footage begs the question of if the aliens will make a time jump during the crossover. It’s certainly possible, as is pretty much anything else in the Arrowverse.

We’ve seen the aliens in other promo clips. This time, they look much more intimidating. We know little of how they plan to attack. Mind-control can’t be their only weapon. In the aforementioned promo, Oliver is seen wielding some kind of alien weapon. Luckily, all of our questions will be answered soon.

You can read the synopsis for the Legends of Tomorrow episode of the Invasion! event below:

“ALL FOR ONE AND ONE FOR ALL IN THIS CROSSOVER OF SUPERHEROS — After learning the Dominators’ plan for the world, the Legends must work together with The Flash (guest star Grant Gustin), Supergirl (guest star Melissa Benoist) and Green Arrow (guest star Stephen Amell) to kill them once and for all. Meanwhile, Stein (Victor Garber) figures out, with the help of others, how the team can terminate the Dominators, but is distracted by the aberration he realizes he created in 1987. Brandon Routh, Franz Drameh, Dominic Purcell, Maisie Richardson-Sellers, Nick Zano and Caity Lotz also star. Gregory Smith directed the episode written by Phil Klemmer & Marc Guggenheim (#207).”

Supergirl begins the crossover on Monday, November 28. The Flash will officially set things in motion that Tuesday night. Arrow’s 100th episode will continue the crossover event. And, finally, Legends of Tomorrow will bring everything to a close on Thursday, December 1.