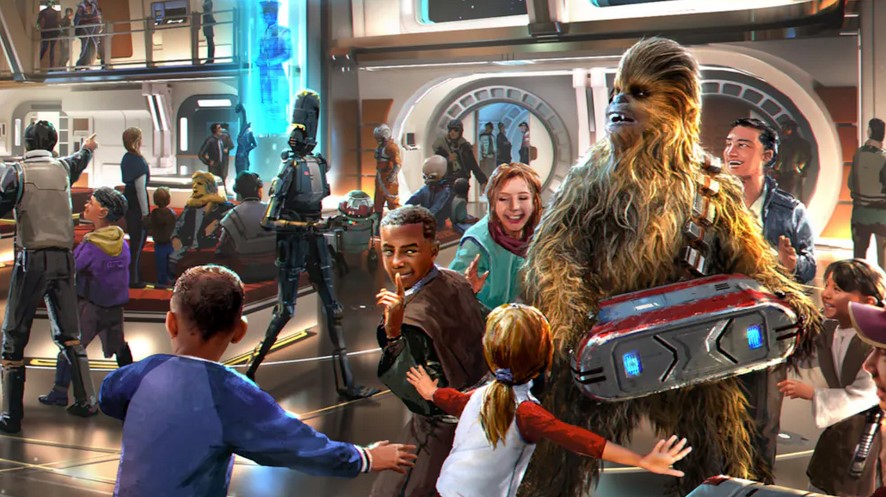 After Star Wars: Galaxy’s Edge, Disney is looking to keep upping the ante when it comes to immersive Star Wars parks. Now we have an official look at Star Wars: Galactic Starcruiser which promises to bring families into a starship and have the most authentic experience in a galaxy far far away.

The park promises to bring visitors into a starship filled with Resistance agents and stormtroopers, and will have guests running around trying to accomplish missions like hide rebels or shoot down enemy ships. There are also a bunch of other things to do like play Sabacc and undergo lightsaber training.

While this all sounds interesting, fans are already rolling their eyes at price of admission.  A ‘voyage’ for two people will cost around $4,800 and a visit of four costs $6000. Here’re the prices:

Disney just dropped new details on the Star Wars Galactic Starcruiser — and a first look at pricing for the 2-night adventure: pic.twitter.com/vTtXmWXAtI

Seeing the situation with the pandemic has made things unpredictable, we should expect some changes in Galactic Starcruiser over time. In the meantime, it sounds like a fun experience, but we don’t know who exactly can afford $6000 to play Star Wars in a contained building.

For more information on Galactic Starcruiser, you can visit the official site here.

Star Wars: Galactic Starcruiser will be available sometime in 2022. In the meantime, you can check out the next best thing, Star Wars: Galaxy’s Edge in select Disney parks.