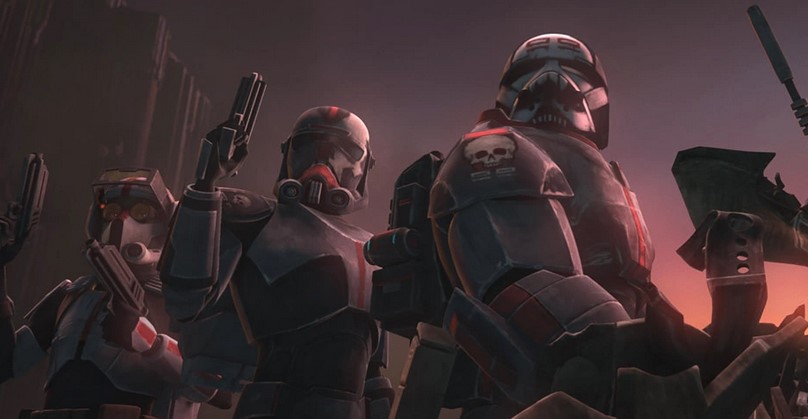 With The Clone Wars having ended this year, a lot of people were wondering what the next Star Wars animated title was going to be. While we know a sequel to Rebels is in the works, Disney had just announced that there will be a spinoff featuring Clone Wars characters featured in The Bad Batch.

According to Variety, Star Wars: The Bad Batch will focus on the squadron of Clone Force 99 a.k.a. The Bad Batch. While clones are generally identical in the show, the Bad Batch is different in a sense that they are all genetically diverse, with each member specializing on particular skills. The series is said to follow the squadron post-Clone Wars where they take up mercenary missions and try to ‘stay afloat’ as the Empire rises.

Senior VP of content for Disney+ Agnes Chu had this to say about the show:

“Giving new and existing fans the final chapter of ‘Star Wars: The Clone Wars’ has been our honor at Disney+, and we are overjoyed by the global response to this landmark series… While the Clone Wars may have come to its conclusion, our partnership with the groundbreaking storytellers and artists at Lucasfilm Animation is only beginning. We are thrilled to bring Dave Filoni’s vision to life through the next adventures of the Bad Batch.”

While I personally think there’s more to discover with the Star Wars Sequel Era, I think it would also be great to have some properties closer to the original trilogy. There’s already a lot of potential for story here, and I have my fingers crossed we get guest appearances from fan-favorites like Aurra Sing or Bossk. I’m just hoping Alden Ehrenreich’s Han Solo makes a cameo; or maybe even Beckett and his gang.

Star Wars: The Bad Batch is set to come out sometime in 2021 on Disney+.