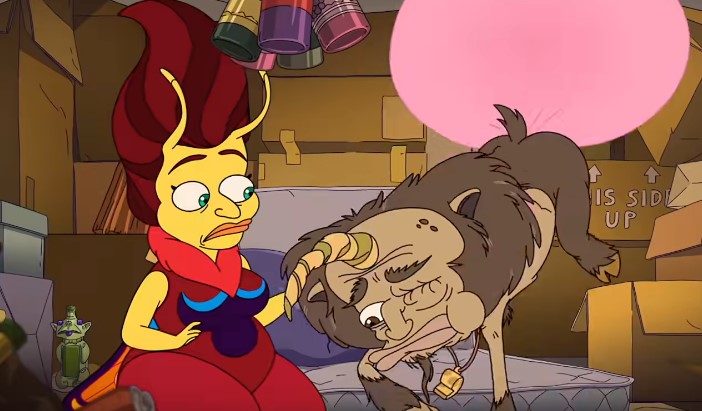 While Big Mouth is pretty extensive when it comes to the concept of ‘Hormone Monsters’ and ‘Love Bugs’ the series itself isn’t big enough to really run with the concept; enter Human Resources, a show that focuses solely on the ‘monsters’ that make humans human.

While the ‘monsters’ usually take the sidelines in Big Mouth, this time around they actually get their own arcs and have to clash with other monsters. Admittedly the lore of Big Mouth is pretty loose, but it’s still interesting to see these anxieties and feelings personified; plus, how they actually interact with each other.

With Big Mouth having its own set of main characters, there is admittedly a corner that the writers have boxed themselves in. With Human Resources, the story can now tangle with other types of situations that don’t have to be written into the lives of the Big Mouth characters.

I’ll admit, the concept of Human Resources is kind of flimsy, seeing that it isn’t clear who the main characters are. But with each of the characters representing ideas and feelings that every human is supposed to have, maybe audiences will have something to relate to with every episode. Who knows, maybe this can serve as some kind of Book of Boba Fett spinoff, where it starts with side characters, but still manages to further the stories of the main cast of Big Mouth. Then again, that’s just myself speculating.