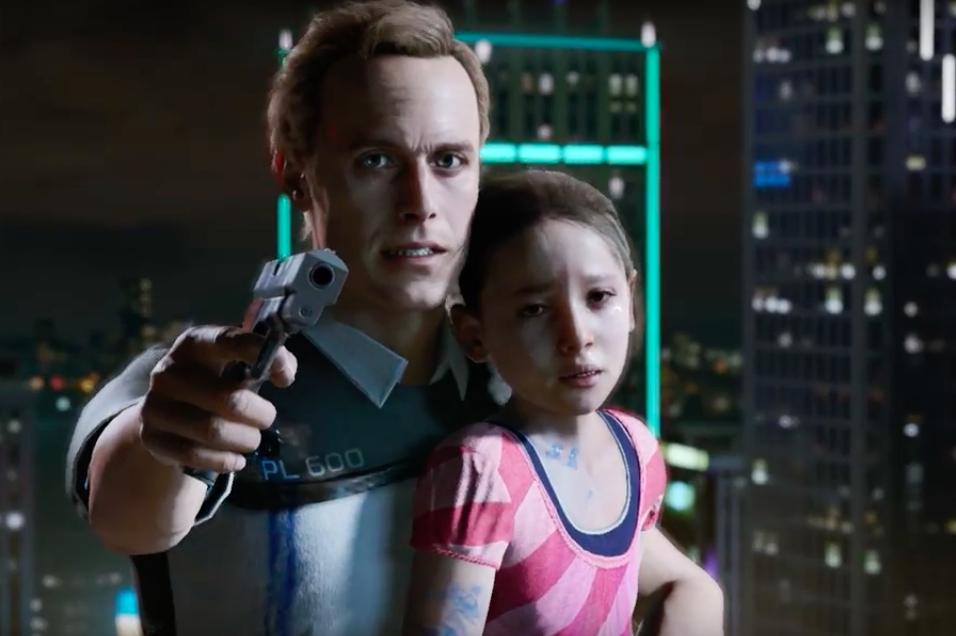 David Cage and the talented team over at Quantic Dream are set to raise the bar yet again with Detroit Become Human, taking what they’ve learned from Heavy Rain and Beyond: Two Souls, and amplifying it ten-fold. Choices matter more than ever and, as always, the heartbreaking outcomes are enough to make a replay favorable. The game was shown off during PlayStation’s fantastic E3 press conference, and of course it looks as beautiful as the incredible power of the PS4 will allow.

The trailer introduces a new character into the mix, Connor, while the woman we’ve been seeing for years, Kara, was put on the sidelines for this go ’round. Connor is an Android who’s sent in to save a young girl being held hostage by her family’s personal Android. As Connor, the player can save or ruin the chances of saving the girl in a variety of ways that are sure to have controllers slippery with sweat worldwide, as is typical in the more stressful moments of a Quantic title.

Detroit Become Human is still without a release date, but it is expected to launch sometime in 2017.