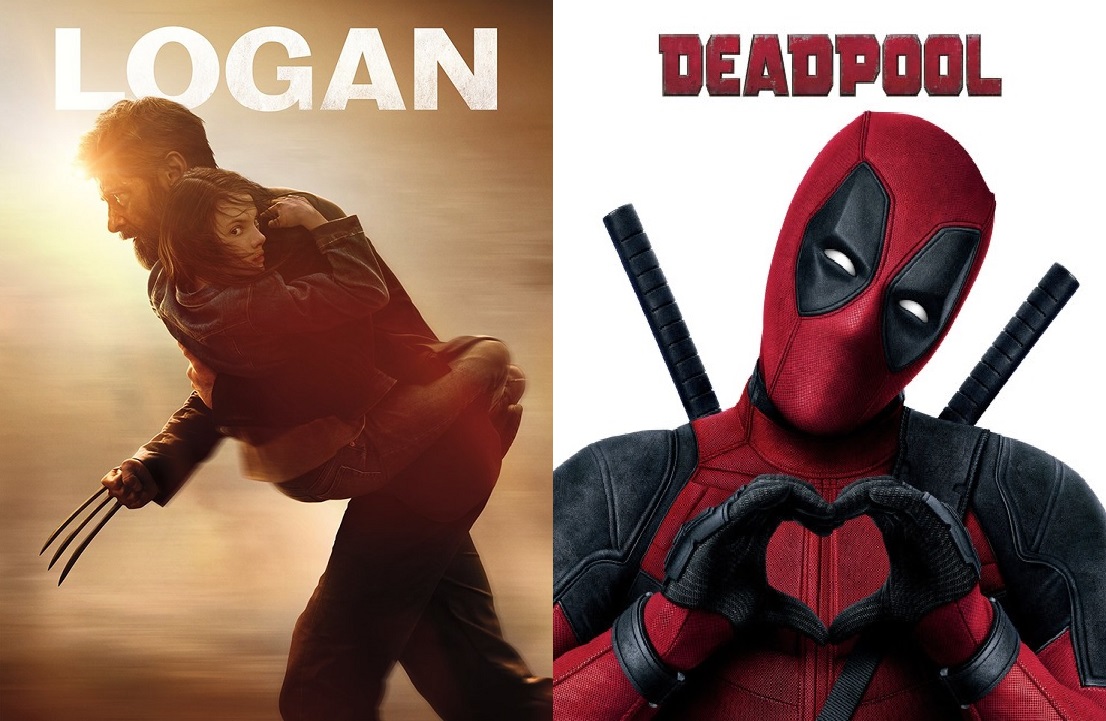 Their blades have crossed before in the much-maligned X-Men Origins: Wolverine, and rumours had begun to surface that the Merc with the Mouth would once again meet old Snickity-Snick in 2017’s James Mangold directed Logan.

Alas, the gossip is unfounded, and like a convergence of superheroes coming together to overcome a foe, James Mangold, Hugh Jackman, and Deadpool himself, Ryan Reynolds, took to Twitter to categorically deny there was any truth in the matter.

Mangold (@mang0ld) started the denial by categorically stating that “For everyone freaking out, @TheWrap is dealing in fake news. Chill.” But this only fueled the fires of social media speculation, leading to a further outburst of exasperation “DEADPOOL IS NOT IN MY FILM. Does all caps help confirm it?”

So what do you do when your word isn’t enough for the legions of fans? Well, up stepped Hugh Jackman (@RealHughJackman) to reiterate the stance, before in what will probably be their only collaborative effort as these characters any time soon, Reynolds (@VancityReynolds) leapt in with this:- 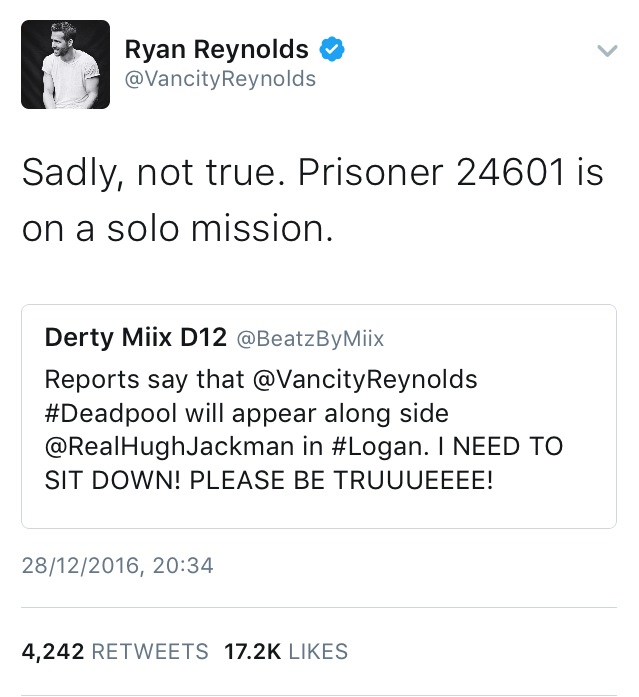 All of which allowed Mangold to add further punctuation to this tale of truth. 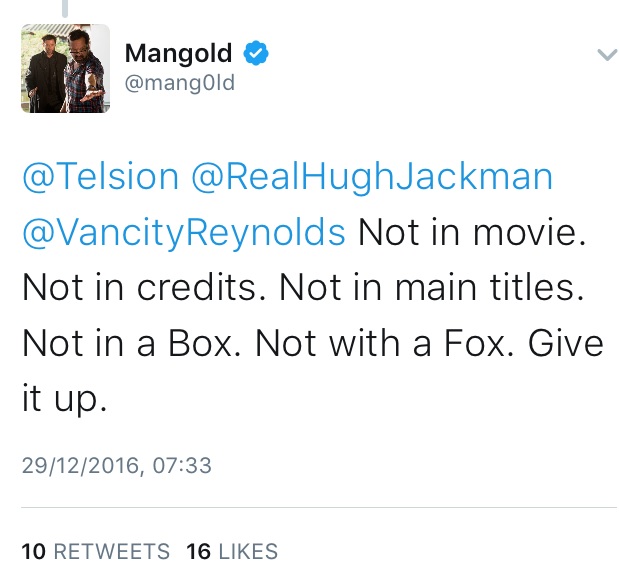 In all honesty, we’re kind of relieved that this is the case. Judging by what we’ve seen of Logan, Deadpool seems too much of a tonal shift away from the bleak melancholy of Hugh Jackman’s final performance as Wolverine. Even if Deadpool was to appear in the end credits, would it undermine the sign-off of what has been a perfect marriage of star and source character for Jackman?

Set in 2024, Logan presents us with a different kind of Wolverine; tired, seemingly mortal, and caring for an ailing Professor Xavier. With Mutants a dying breed, the sudden appearance of a young girl named Laura, who has similar powers to those that are fading from Logan, brings danger, as well as potential redemption to our hero.