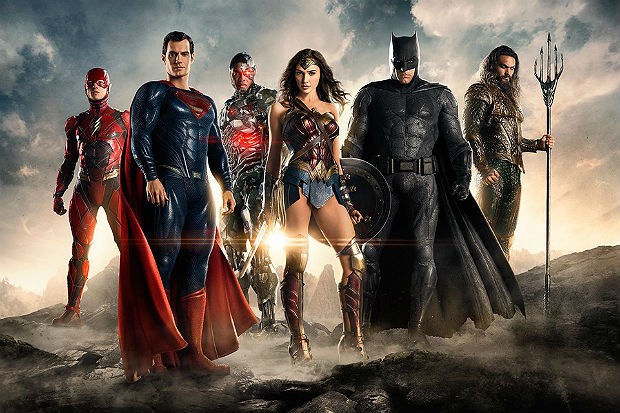 Here’s the deal, I’ve been called biased and a fanboy on the internet many times. I don’t mind these accusations because I can see where people are coming from. We all favor the properties we are entertained by. So when comparing DC and Marvel a lot of people will favor the company that puts out the comics, movies, or merchandise they prefer. I’ve been called biased and a fanboy many times for favoring Marvel, but now I’m here in DC’s defense. This’ll be a first…

There’s no denying the DC Extended Universe (DCEU) needs some work, but that’s not necessarily a bad thing. It took Marvel Studios nine movies to produce Captain America: The Winter Soldier. It took them 13 movies to get it as right as Captain America: Civil War. I’m not here to compare Warner Bros. with Marvel Studios one bit, so for the time being I will refrain from constantly falling back on more Marvel/DC comparisons.

Since the release of Suicide Squad at the beginning of August, I’ve been noticing how people online are asking for the DCEU to be fixed or rebooted. I’m not saying everything is unicorns and rainbows and that DC is killing it. Unless we’re talking about the DC shows on CW. Then you’ll hear me say “they’re killing it!” What I am saying is that people are treating the history of three in-universe movies as if they had shattered the very existence of the DC legacy. Which is something not unprecedented in the comics.

First let’s talk about the positive things the DCEU has brought us. Say what you will about how (not) colorful these movies are, but every single actor looks the part. Henry Cavill looks Kryptonian and that SDCC Wonder Woman trailer shows how much of an Amazonian posture Gal Gadot can carry. We are getting live-action versions of those Saturday morning cartoons we ate cereal in tandem with.

The DCEU has also not been shy as to translate iconic comic book images into their movies for awe-sake. They know we like Jim Lee, Michael Turner, Alex Ross art. They easter egg us a lot just so that we, the comic book geeks, can jump up and down in our seats inside the theater. I totally did this in a particular Harley and Joker dancing scene (I had to wait for four Hawkeye appearances before he shot Ant-Man on the tip of his arrow.)

This proves two things, the creators of these movies are aware the fans are watching, and they want to cater to them. So maybe you’re thinking: “Yeah, but they’re not doing such a good job at it.” I’d like to disagree. DC has the ball in their court so much we were too busy criticizing to notice.

Man of Steel is definitely an origin story, but because it’s so well-known we got to delve even further into his Kryptonian heritage. It wasn’t by any means the same story we’ve seen in the past. Batman, Wonder Woman, and even Suicide Squad’s Joker needed no introductions. The fact that they didn’t need introductions allowed for their DCEU entrances to involve little to no backstory. Now I’m gonna get to the comparisons… Any other property (<CO-Marvel-UGH>) needs movies that tell an origin, otherwise Iron Man, or Thor would not be as well known as they are today. With the Justice League, you don’t need to resort to telling those stories. We know them.

Here’s an example, if Valiant, Image, or Top Cow wanted to introduce its characters in a movie, they could not get away with team up or “vs” movies first. Invincible would have to get a couple of solo outings before getting the rest of the universe involved. We would also need at least thirteen movies before an Artifacts motion picture. DC Comics could get away with a well-done 52, Flashpoint or even Blackest Night movie right off the bat (See what I did there?), because the characters involved are so well known.

We are only a trilogy into the DCEU; it doesn’t need fixing. It needs expanding. Make more team movies and introduce the characters and plots from Justice League & JL Unlimited by the bunch. Get me a Birds of Prey movie where the antagonists are the Gotham City Sirens. There’s a movie you didn’t know you needed. You’re welcome.

Let’s stop comparing the DCEU with the competition. Let’s see this world develop and expand on its own two feet. The reason people think there’s a “problem” is because we are setting the bar too high. Lower it for the universe that’s taking its baby steps and just wait for Warner Bros. to milk the great legacy that DC Comics can potentially produce. Now go, be happy geeks!