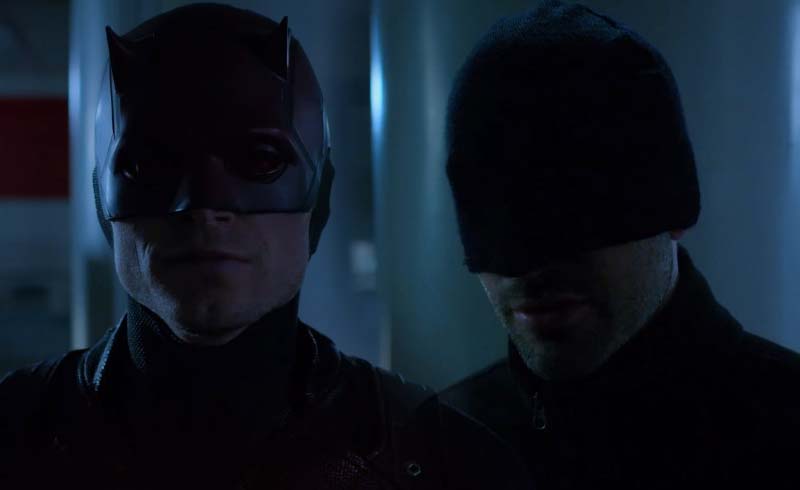 The Marvel Netflix train keeps chugging along, and fans are gearing up for the last series to release in 2018, Daredevil Season 3. A new trailer has dropped for the show, and it gives us a great overall look at the whole plot of the season involving the return of Kingpin and the rise of a fake Daredevil.

Missing for months, Matt Murdock (Charlie Cox) reemerges a broken man, putting into question his future as both vigilante Daredevil and lawyer Matthew Murdock. But when his archenemy Wilson Fisk (Vincent D’Onofrio) is released from prison, Matt must choose between hiding from the world or embracing his destiny as a hero.

Just in case you didn’t know, the incoming season was said to have drawn influences from both comic runs of Born Again and Guardian Devil. In both stories, Matt Murdock is driven to the brink of desperation, but like every other hero, he manages to rise against the odds and become a better man.

Everyone is excited to see Vincent D’Onofrio come back as the Kingpin as he was a splendid villain in the first season of Daredevil. When it comes to the imposter DD, I’m guessing that it’s actually Bullseye under the suit, and that’s the reason why when he attacks, he makes things ricochet off of walls before they land their target.

Personally, I’m just hoping they scratch the ninja element for the story this time around. Daredevil is pretty great because of all the grit and realism he brings to his world, but add ninjas to that and the whole thing becomes a fantasy.

At least that’s my opinion.