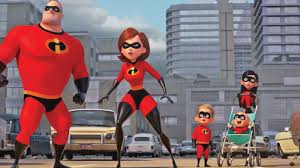 Fourteen years is a long time to wait for anything – much so for an animated sequel. Nevertheless, fans of Disney’s The Incredibles have been waiting for more than a decade, probably throughout puberty, for the follow-up. Thankfully, after many false starts and a multitude of rumors, the sequel is here and the long wait is over.

Incredibles 2 premieres across the United States on June 15, 2018. However, it officially debuted in Los Angeles a few weeks ago. Unsurprisingly, reviews for the movie have already made their way to the news cycle. Without too many spoilers, this article tries to give you an overview of can expect from The Incredibles 2.

Response to the recently released movie has been mostly positive. Refinery 29’s Anne Cohen explained in her review that like everybody else she was worried about the sequel flopping. Sequels do not necessarily have the best record.

Nevertheless, Cohen is impressed with how well Incredibles 2 adapted to today’s zeitgeist.  The first movie worked because it was a self-aware superhero film. It had effective fight sequences but also had tongue and cheek commentary about the genre. The second movie was able to manage the same feat amidst a totally different and larger superhero movie scene:

“The Incredibles 2’s greatest achievement is that it manages to feel like a superhero movie with well-designed action sequences while also poking fun at the genre. This was also the case with the first one, but in the 14 years between them, the superhero movie industry has metastasized into a behemoth empire not unlike the one Elastigirl is trying to fend off, so the wink is all the more appreciated.”

Darren Franich from Entertainment Weekly had high praises for the superhero action sequences that litter The Incredibles 2. Franich even argues that, amidst Marvel and DC movies, the fight scenes in The Incredibles 2 is the best he has seen in the last few years:

“No joke: These are the best superhero action sequences in our superhero-drowned decade.”

Consequently, not all reviews have been glowing. Variety’s Owen Gleiberman understands that the behemoth that is the original The Incredibles is hard to follow-up. True enough, The Incredibles 2 doesn’t live up to the first movie. While still an enjoyable watch, Gleiberman explains that the sequel offers nothing new. It offers a lot of familiar things but it is a rehashed version of the first one:

“I wish I could say that “Incredibles 2,” which Bird also wrote and directed, is the great sequel “The Incredibles” deserves. It is not. It’s got a touch of the first film’s let’s-try-it-on spirit, and it’s a perfectly snappy and chucklesome and heartfelt entertainment, with little retro felicities you latch onto, yet something is missing: the thrill of discovery — the crucial sensation that the movie is taking us someplace we haven’t been.”