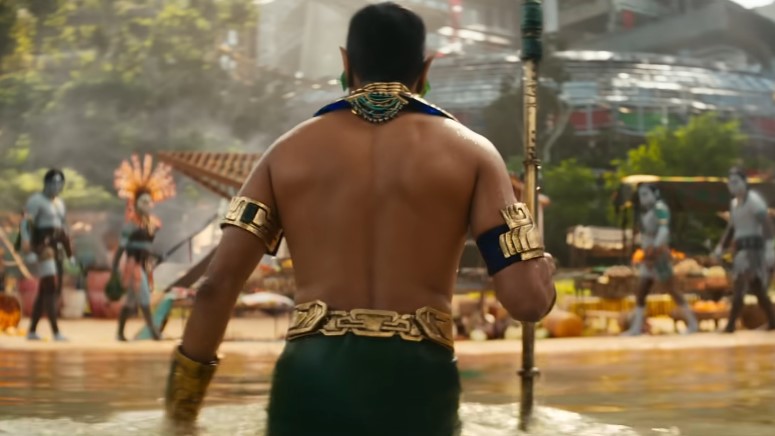 Ever since the Disney/Fox merger, fans have been asking when we’re going to see mutants in the MCU. The studio is admittedly having a slow go at it with Kamala Khan being confirmed as a mutant in Ms. Marvel, but now we have other confirmation for another mutant coming into canon.

Talking to Empire, Tenoch Huerta, who will be playing Namor the Submariner in Black Panther: Wakanda Forever, has confirmed that his character is a mutant.

In the comics canon, Namor is considered to be the first mutant in the lore, and it’s great that they are keeping that plot point for this sequel. While Kamala is currently being considered as the MCU’s first mutant, I think that, based on the timeline, Namor can still have that title; I mean, we don’t even know how old he really is in this story. I’m personally still crossing my fingers that this Namor fought with Captain America during WW2.

While some things about Namor will be kept, there will be some changes when it comes to his origin, with the secret city he rules Atlantis being switched out for Talocan. Huerta explains, “You can take Atlantis from Greek myth, or you can adapt from a real culture.”

As for the main conflict between Wakanda and Talocan, Huerta says it has something to do with T’Challa revealing his hidden city to the world. “That decision puts Talocan in jeopardy,” says Huerta, “And Talocan has to take action to protect themselves.”