Recently, I was fortunate enough to attend a screening of Coco. The theatre was filled with families, which is how all kid/family friendly movies SHOULD be seen, quickly found my seat, settled in, and waited for the magic to begin.

I was not disappointed. 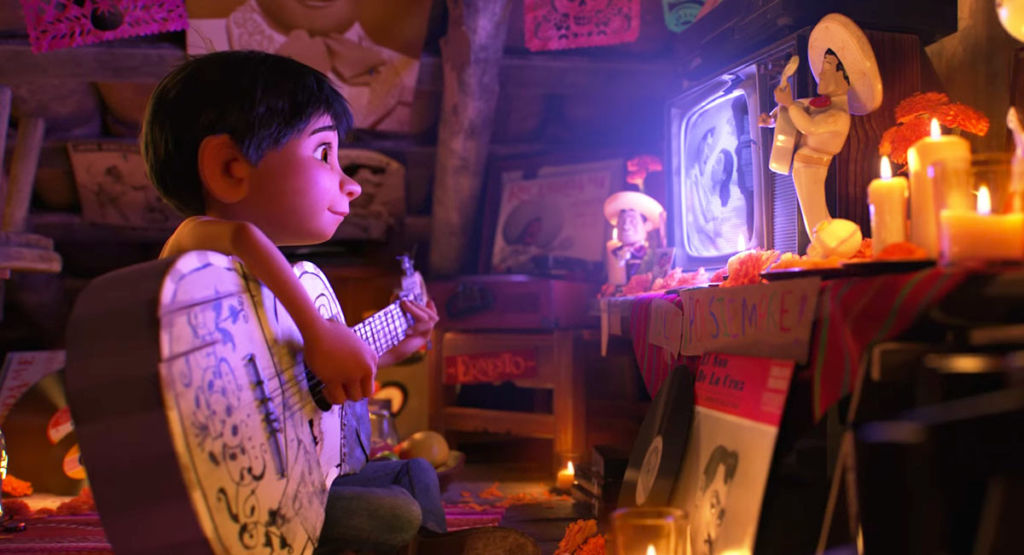 Coco centers on a 12-year-old boy named Miguel Rivera (Anthony Gonzalez), the youngest in a long line of shoemakers who dreams of being a musician like his hero, Ernesto de la Cruz (Benjamin Bratt). Unfortunately for Miguel, music has been expressly forbidden in the Rivera household because of his great-great grandmother. In fact, the rule is so steadfast that his Abuelita (Renee Victor) won’t even allow a radio in the home and loses her mind if anyone is playing ANYTHING near their home and if you try, you’ll probably taste the backend of her sandal before you even know what hit you.

And because of said ban, the only person in his family he connects with is his great-grandmother, Coco. 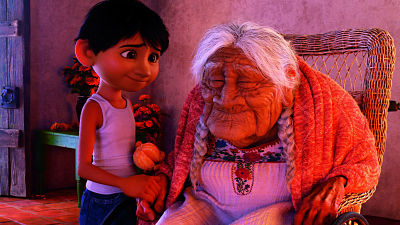 Which brings us to one of the most celebrated holidays in Mexico, Dia de Muertos (Day of the Dead), a three-day celebration where families and friends gather to pray, to remember friends and family who’ve passed on, and to keep their spirits alive in The Land of The Dead.

On the last night of the holiday, Miguel discovers a connection between his beloved Coco and his hero when one of village dogs (whom Miguel named “Dante”) accidentally bumps the family ofrenda (altar) and decides he was destined to play music and enter the local talent show with a guitar he rebuilt with his own two hands. But before he can get there, tragedy strikes, causing him to run away from his family in anger. When Miguel finds himself at the cemetery, he makes a mistake that not only turns him into a temporary ghost, he’s able to see all of his dead relatives as they come across the bridge (made of aztec marigolds) from The Land of The Dead to Santa Cecilia (which in this case, is The Land of The Living) and they take him back across the bridge to find a way to get back to the living, where chaos and hilarity ensue. 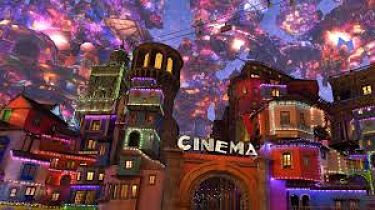 What I loved about Coco is the painstaking cultural research that went into making this movie whole. Utilizing well-known people like political cartoonist Lalo Alcaraz (La Cucaracha), Octavio Solis (playwright), and Marcela Davison Aviles (heritage/arts author, indie producer) as cultural consultants gave authenticity to EVERY facet of the film and blew me away at every turn.

Now I know what you’re thinking, “Man, Land of the Dead seems like it’d be a thoroughly depressing place,” right?

Octavio Solis said “Our approach to honoring our ancestors is lighthearted—if someone was a real pill in life, she’s probably a pill in death, too. I think the film captures that very well.” And I, for one, absolutely agree. They’ve captured the culture, the traditions, the music, and, most importantly, the meaning of family. Had I seen this film at a traditional press screening, I think I would’ve lost out on hearing the reactions of not only the children, but of that of the fathers, sons, and brothers who openly wept at times. I had even joked to a friend that I hadn’t seen this many men cry since “Old Yeller,” and a travel sized pack of Kleenex should come with every ticket. It was Niagara Falls in there.

I almost lost it somewhere in the middle. Then totally lost it in the end.

I was also blown away by the detail of the wrinkles and hands on Mama Coco. She reminded me so much of my own grandmother that I started to tear up when I saw her. Combine that with the outrageous amount of talent they managed to cram into Coco without feeling like there’s “too many cooks,” and you have a movie that’s worth the price of your ticket and then some. I had no idea Benjamin Bratt could sing, and now I have a forever crush on him.

I’d also like a spirit guide of my own…not one as big as this one, though. I’d go with one de la Cruz’s chihuahuas (SO CUTE)!

If you and the fam are heading out to see Coco, be sure to bring A LOT of Kleenex and be ready for a lot of love, joy, wonderful music, and the importance of family (no matter the size).

And maybe, juuuuust maybe, it’ll encourage you learn more about this special holiday and all that goes with it.

Coco is now in theaters in 2D and 3D you can get your tickets at Fandango!