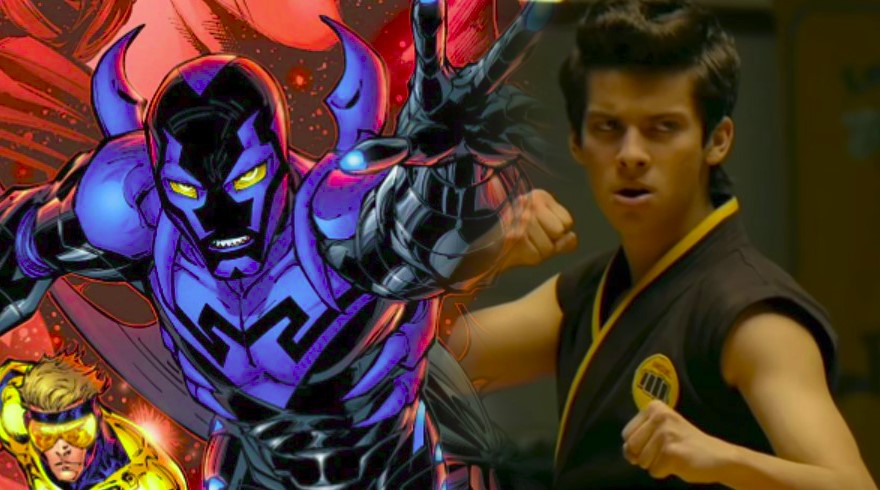 DC is currently taking baby steps when it comes to bringing their biggest heroes back to the big screen, but they seem to be pushing harder for the release of lesser-known properties on HBO Max. After news of Leslie Grace nabbing the Batgirl role, news has come out that they’re looking at a Cobra Kai star to be the live-action Blue Beetle.

According to The Wrap, Xolo Maridueña is now in talks to play lead Jaime Reyes for the Blue Beetle film. The movie is set to come out on HBO Max and will be directed by Charm City Kings helmer Angel Manuel Soto.

While Blue Beetle has had several iterations in the comics, this version is based on a more recent incarnation that came out in 2006. Created by Keith Giffen, John Rogers, and Cully Hamner, Jaime Reyes was introduced during the Infinite Crisis crossover event and has since been one of the more prominent versions of the character. In the comics, Jaime finds a Blue Beetle scarab that gave him a suit of extraterrestrial armor.

If you haven’t checked out Cobra Kai, Maridueña plays the role of Miguel Diaz, a bullied kid who takes up karate from ex-Cobra Kai champion Johnny Lawrence. While the story does feature original Karate Kid characters, Miguel is considered to be this generation’s Danny LaRusso, and has proven to be an endearing character despite working for the “bad” dojo. If Blue Beetle should push through, Maridueña would definitely be a solid choice for a lead.

For now, no release date has been set for Blue Beetle. Catch Maridueña in the fourth season of Cobra Kai which is set to hit Netflix sometime later this year.