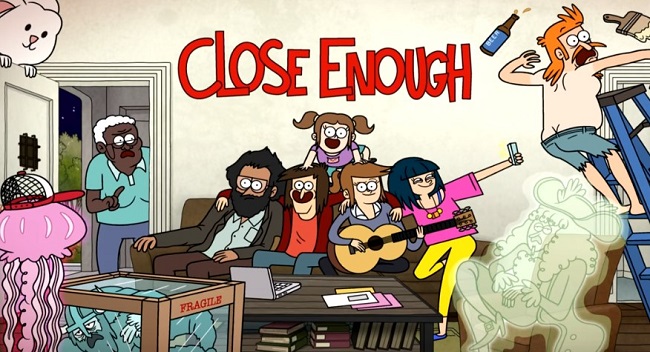 Though Close Enough may have been announced back in 2017, it took the series 3 years to finally come out on HBO Max—and it was amazing. The good news is , it looks like we’re going to be getting more of JG Quintel’s follow-up to Regular Show.

As announced by Quintel on Twitter, HBO Max has picked Close Enough up for a second season. Here’s the post:

Close Enough has been picked up for Season 2!

We don’t know any details about the second season yet, but hopefully this means we’re going to be getting more episodes. A lot of fans thought it was kind of short to have 10-minute long stories for Close Enough, but with the final episode being able to pull off a 20+ minute runtime, maybe they could go that direction for the second season.

Close Enough follows the lives of 30-something parents Josh and Emily as they tackle modern problems of adulthood; along for the ride is their daughter Candice and their divorced roommates Alex and Bridgette who are also going through their own personal crises.

I absolutely loved this show, and I’m glad that HBO is going to give us more episodes. With Regular Show already being as adult as it is, it’s amazing how Quintel is able to really let his imagination loose with this more adult-oriented series. Not to mention Josh and Emily show a very positive portrayal of parenthood without being too on the nose or unrealistic.

We don’t know when the second season comes out, but you can catch Close Enough now on HBO Max.