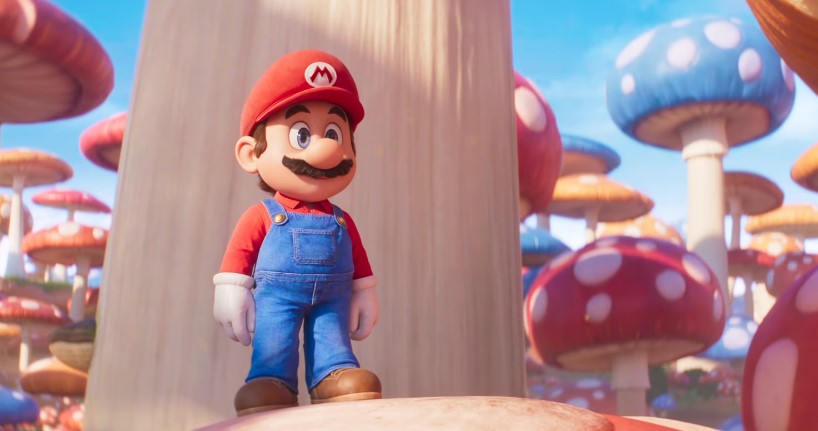 Before we get Chris Pratt as Garfield on the big screen, the Guardians of the Galaxy star is going to be voicing video game icon Mario in The Super Mario Bros. Movie. As promised earlier this week, we now have our first teaser for the film, and though it doesn’t have a lot of Mario, it does show us the power of Jack Black’s Bowser.

Watch the teaser trailer for the Super Mario movie down here:

The trailer actually starts by introducing us to Bowser, and we discover that he’s after Super Stars. In the games, the stars have the power to turn you invincible, and maybe Bowser is looking for them in order to become unstoppable as he takes over the Mushroom Kingdom.

Enter Mario, who seems to be a stranger in this land, and he’s immediately joined by Toad (Keegan-Michael Key) who is a local resident of the kingdom. We also see Luigi getting chased down by some Dry Bones. We don’t know how he ends up in the Mushroom Kingdom, but I suspect that Mario and Luigi will have their own parallel stories before they team-up for the finale against Bowser.

With the Super Mario games not really being reliant on its story, I’m hoping that the film manages to bring all of these elements together to make one cohesive world. Then again, I think the most important thing is just making sure the characters work. If the Illumination movies have taught us anything with Minions, you don’t really need a good story to make a successful film; just some very saleable characters—and who’s more saleable than Mario and friends?