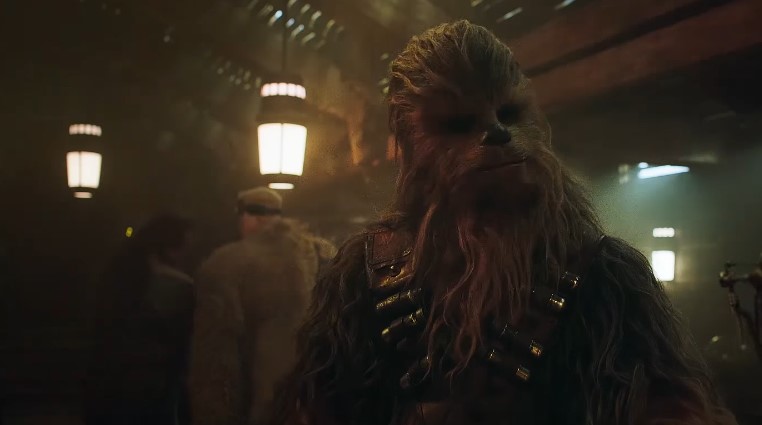 With less than two months till the release of Solo, Lucasfilm is starting to pump out more and more marketing for the movie. One of the main partners for the promo push is Denny’s, and a new commercial features new aliens from the movie including Chewbacca himself.

Here’s also a description from Collider:

We at Collider are happy to exclusively debut a new Denny’s commercial tied to the upcoming Solo: A Star Wars Story, featuring Star Wars creatures galore and Chrewbacca himself. The ad is part of Disney’s promotional campaign for the film, and at Denny’s specifically, fans will be able to collect trading cards featuring characters from the movie as well as try a new movie-inspired menu. Proceeds from every trading card pack purchase benefit the charity No Kid Hungry.

Though Solo is just an anthology movie, you have to hand it to the studio for keeping to their standard of quality. Sure they didn’t push the film like they did with the main entries of the sequel trilogy, but excitement is still at an all-time-high for anyone who’s seen the Solo trailer.

Looking back at the commercial, the exchange between the kid Han and Lando seem to be lifted straight from the script. It’s just my guess, but the dialogue does sound like something that could go between the actual Han Solo and Lando Calrissian.

Catch Solo: A Star Wars Story when it hits theaters May 25.