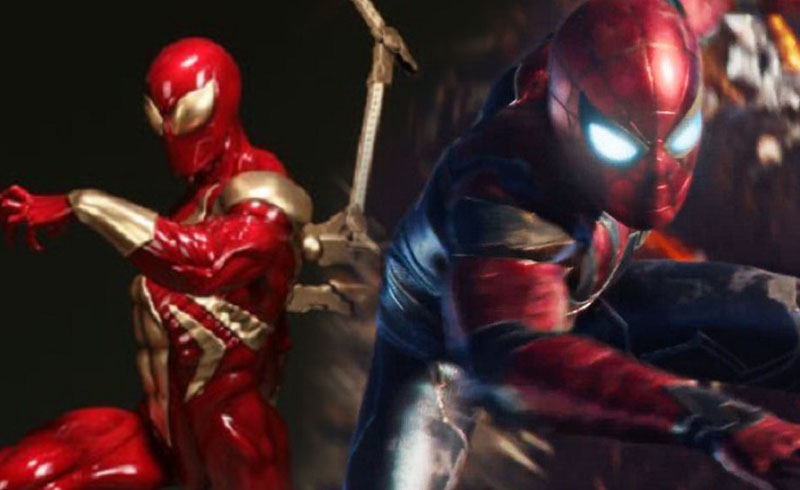 Some leaked LEGO sets have confirmed that Spider-Man’s Iron Spider suit will include the signature mechanical arms from the comics, and now some promo art for Avengers: Infinity War has given us a glimpse of what they would look like onscreen.

Though I think the Russo Brothers were waiting for this element of the suit to be a surprise, it was probably revealed for the sake of merchandising. The trailers were holding off on when we were going to see Thor’s new hammer, but thanks to promo shots of toys, we got our look at Stormbreaker. Surely with the new Infinity War toys coming out, there was no way they could hide Spidey’s mechanical arms.

Just my crazy theory, but with the Venom movie coming out later this year, there’s still a good chance that Eddie Brock’s origin could be tied to Peter Parker. What if the symbiote latches on to Peter while he’s wearing the Iron Spider suit, so when we see it again in Venom, the mechanical arms on the suit will be translated as tentacles by the symbiote? Even the larger spider logo on the chest could be a precursor to the white Venom logo.

Of course, this is just a fanboy’s rant. We still don’t know if Venom will indeed take place in the MCU. Hopefully, Sony isn’t dumb enough to make a Venom franchise with no intention to cross him over with Spider-Man. Then again, if the script is great, I think a lot of fans will learn to let it slide.