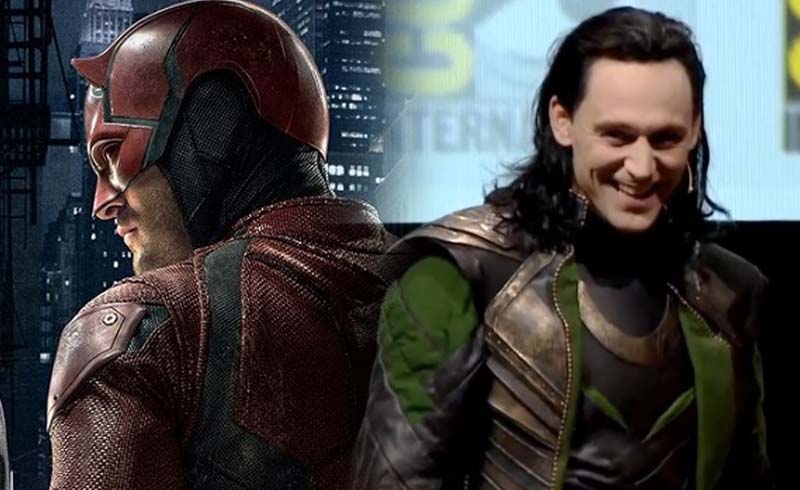 Charlie Cox and Tom Hiddleston are currently co-starring together for their Broadway show Betrayal, but the two also happen to be part of the biggest box office franchise in history—the MCU. What’s fun is, Cox and Hiddleston decided to swap character costumes for Halloween.

Check the two out:

While Hiddleston is arguably the one who is more connected to the MCU, Cox at least played the main character in his Marvel Netflix show, Daredevil. Cox may be done playing Matt Murdock for now, but we’re still expecting to see Hiddleston return as the God of Mischief in an upcoming Disney+ mini-series, Loki.

Though some people may be bummed that Daredevil is gone, there are some rumors going around that Marvel Studios actually wants to save some of the characters from Netflix TV. Hopefully all of this comes true, because even though I thought the shows’ quality wasn’t up to par with the films, I thought the casting was still fantastic. Not only with Daredevil, but with the likes of Punisher, Jessica Jones, Luke Cage, and Iron Fist as well.

Again, it’s just rumors, but it would feel like a waste to undergo all those origin stories again. Can’t they just do what they did with The Incredible Hulk and move forward?

For now, you can catch Hiddleston and Cox on their Broadway show Betrayal. The first Marvel mini-series coming to Disney+ is The Falcon and the Winter Soldier, and it’s set to debut in the fall of 2020. Disney+ launches on Nov. 12.