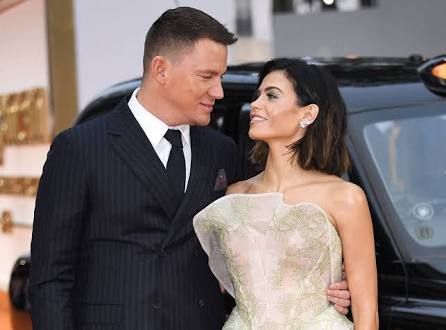 It is safe to say that Hollywood marriages rarely ever pan out. According to statistics, only 50% of celebrity unions make it pass their fourteenth year. This is a far cry from the 26% divorce rate for non-celebrity couples. While there are successes, Tom Hanks and Rita Wilson, Will Smith and Jada Pinkett Smith, and Goldie Hawn and Kurt Russell to name a few, couples in the limelight just experience a different slew of problems on top of the ones regular couples face.

With that said, it seems like another couple bites the dust. Recently, Channing Tatum and Jenna Dewan Tatum have announced their separation.

In a joint statement released by the couple on Facebook, Jenna and Chan revealed that they decided to separate after almost 10 years of marriage. They explained that they wanted to release a statement before any other news outlet so their message would be clear and wouldn’t be muddled by speculation:

“We’re living in an incredible moment in time, but it’s also time where truth can easily get distorted into “alternative facts” ;)”

According to the couple, they still have deep feelings for each other. The separation is not a product of any hateful action but the two are just heading two different directions in their life:

“We have lovingly chosen to separate as a couple. We fell deeply in love so many years ago and have had a magical journey together. Absolutely nothing has changed about how much we love one another, but love is beautiful adventure that is taking us on different paths for now. There are no secrets nor salacious events at the root of our decision – just two best-friends realizing it’s time to take some space and help each other live the most joyous, fulfilled lives as possible. We are still family and will always be loving dedicated parents to Everly.”

Unsurprisingly, fans of the couple have spoken out about the separation. A few were dumbfounded by the decision. The statement that was sent out doesn’t make it seem that separation was right for Jenna and Chan:

“I guess you have to know the circumstances, but reading this it doesn’t sound like they should be separating. I’m not judging! I’ve been divorced! Just hope their separation makes them work on themselves and maybe their marriage because most people aren’t this heartfelt for someone they don’t want to be with. Best of luck either way! I can totally understand two separate directions!”  commented Lori Ann Ritondale on Facebook.

Nevertheless, messages of support have flooded the couple’s social media accounts. Fans wish Jenna and Channing the best in their separation:

“My ex-husband and I grew up together as young adults, had a beautiful daughter (now 7), and separated 3.5 years ago. We are best friends. Our family has expanded, we haven’t lost. He was my best man at my wedding to the love of my life, literally the day after our divorce finalized. He and his new wife often come spend weekends and holidays with us, whenever they can manage. We have a family better then we could have ever imagined. I wish you all the greatest happiness. Take care of each other, love each other, celebrate your successes and stand by in hard times. This can be a beautiful chapter for you” shared Chalamar Nichols on the same Facebook post.

Celebrity breakups are pretty common after all when you have busy schedules and you’re trying to play Gambit things can get hectic. Either way we wish the couple the best of luck.

What are your feelings on celebrity divorces? Over it? Or are you always a bit disappointed when you hear about them?