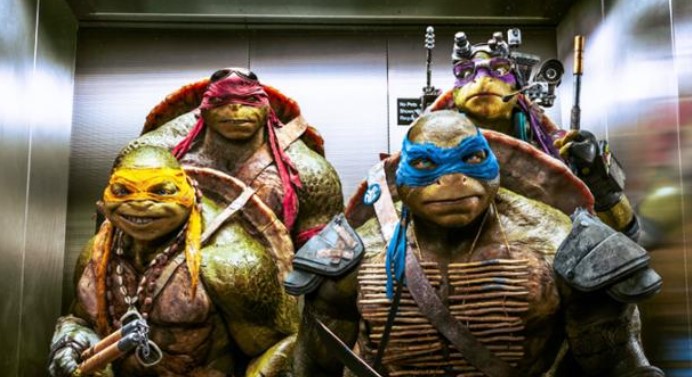 While it looked like Michael Bay had successfully re-launched the Teenage Mutant Ninja Turtles franchise, the universe has once again entered hiatus after the release of TMNT: Out of the Shadows. What’s interesting is, another live-action Turtles property is in the works, but this time, it’s going to be a series.

According to The Cinema Spot, CBS All Access is developing a live-action TMNT series based on the new comic, The Last Ronin. The comic is still set to come out later this year, but it does come with this synopsis:

In a future New York City far different from the one we know today, a lone surviving Turtle goes on a seemingly hopeless mission to obtain justice for his fallen family and friends.

What’s interesting is that the comic is actually something that the original creators Kevin Eastman and Peter Laird had come up with back in the day. Eastman had shared:

“About 10 years ago, I re-discovered a 20-page outline for a TMNT story that Peter and I wrote together back in 1987… The story was set 30 years in the future, which, as written then, was set in 2017. Reading through it again, I drifted back to a very different time in TMNT history — back when it was all about the comics, mostly just Peter and I writing and drawing the issues, pre-everything the world would soon come to know about these characters that we’d created and called the Teenage Mutant Ninja Turtles.”

With the original creators onboard, I have a feeling that this story is going to be bloody and violent. While the Turtles are kid-friendly pop icons now, they started out dark and gritty. Maybe that’s the direction Last Ronin will take when it comes to the comic and the upcoming series.

We don’t have a release date for the CBS series yet, but the comic is set to launch later this year.